The anticipation is increasing as we gear up for the global superstars BTS' album release later this week. Ahead of that, interestingly and quite surprisingly, the leader of the group RM has secretly participated in the vocals of Korean singer-songwriter John Eun's latest track 'Hope'. 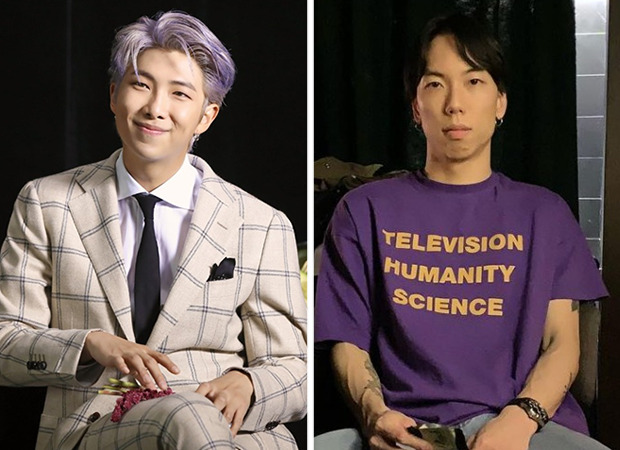 The single, according to Melon's website, tells, “When you're having a hard time, you may be afraid and lonely to be alone, sometimes frustrated and want to give up, but these times are just visitors who stay for a while. Don't compromise your dreams and beliefs with passing emotions like fear”.

"Don't leave behind your dreams and faith for fleeting emotions like fear."

John Eun took to his Instagram to share his latest music along with the collaborators who have participated in the making of 'Hope'. RM's name was also mentioned in the indie single along with eAeon and Han All. When someone asked in the comments whether it was RM of BTS, the singer-songwriter confirmed it.

hey this person just discovered that namjoon secretly did backup vocals on an obscure new indie record. i commented to verify if it is him and the artist has confirmed it is him. it seems like he just felt like doing a little secret backup vocal for this artist! https://t.co/2uP2i5XJGT pic.twitter.com/sbYIYguuEa

Earlier this year, RM had shared a screenshot on the platform Weverse while he was listening to the song 'Heart' by John Eun. The singer was grateful to RM and had posted the same screenshot on his Instagram.

There's a history of RM's appreciation for John Eun and vice versa. In 2019, he was listening to Eun's 'Walkin'.

Meanwhile, BTS' album 'BE (Deluxe Edition)' is set to release on November 20 with 'Life Goes On' as the title track.

ALSO READ: BTS drops first teaser of 'Life Goes On' ahead of 'BE' release, the music video is directed by Jungkook