It was the grand Grammys 2021 night on Sunday with Trevor Noah as the host. Global popstars BTS performed their mega-hit 'Dynamite'. This year, the band earned their first Grammy nomination for Best Pop Duo/Group Performance. 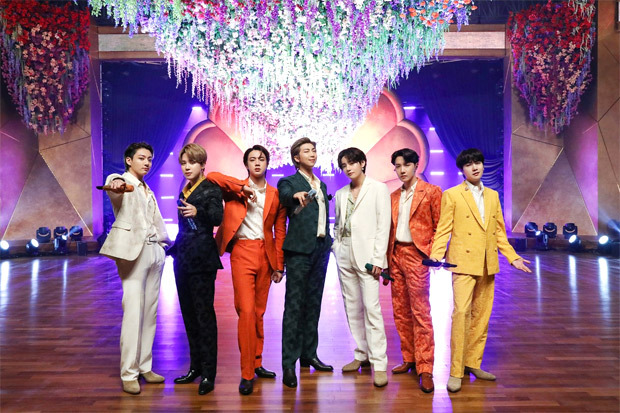 The septet delivered a stunning performance of 'Dynamite', taking their dynamic gig from the Grammy stage to a rooftop overseeing a breathtaking night view of Seoul. This marks the first time for a Korean Pop act to ever take to the Grammy Awards stage for a performance.

RM, Jin, Suga, J-Hope, Jimin, V, and Jungkook followed the feel-good fashion trend with dopamine dressing in orange, green, and mustard colour outfits. Kicking off the performance at a closed stage, BTS then stepped up with their stage game grooving and crooning on the stairs while heading to the rooftop. They indeed lit up Seoul with their breathtaking performance on the rooftop. Suga was back on stage dancing with his members as he was recovering due to his recent surgery. 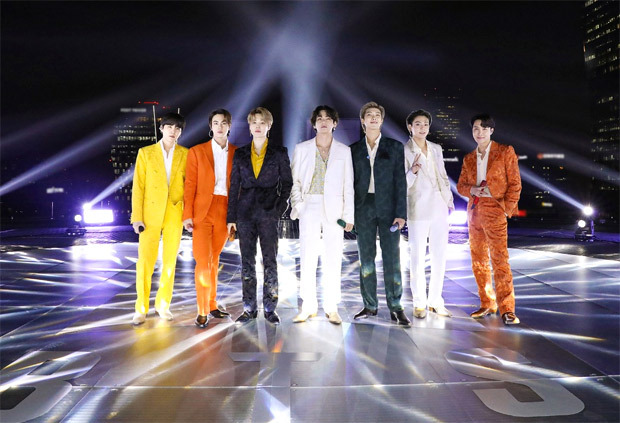 Upon performing, BTS said, “It’s an honour to have our stage at the GRAMMY Awards, coupled with the nomination along with the other amazing musicians in our category. It’s a significant moment for us.” They added, “We owe everything to ARMY. We will keep going for our next goal.”

The change is seen over the years as they got the primetime spot for their performance, there's a lot Recording Academy has to still work on when it comes to the non-western acts. BTS' performance was a fresh change in western acts dominated Grammy lineup since the audience got to witness what a non-western act brings to the table. If you haven't seen how BTS goes all out with their grand stages, you haven't witnessed anything yet. They may not have won the award, but they won the hearts of the millions of people around the world who were waiting to see their solo stage performance! This was slow progress but there's a lot of work on when it comes to an actual acknowledgment of their music in main categories.

BTS has participated at the Grammys for three consecutive years. In 2019, they first appeared as presenters for Best R&B Album, and a year later, the band took the stage for 'Old Town Road' along Lil Nas X and other performers.

After a record-breaking 2020 - which saw BTS work hard to safely stay connected to their fans and the world despite the challenges posed by COVID-19 - the septet also kicked off 2021 with more incredible accolades. BTS recently topped three IFPI charts, including the Global Artist Chart, and was named “The Greatest Pop Star of 2020” by Billboard.