There is a mutual admiration and respect between worldwide sensations BTS and Ariana Grande. The South Korean group has been often seen grooving and crooning her songs. Ariana Grande even surprised the septet by meeting them during their Grammys 2020 rehearsals and she was left awe-struck with their performances! 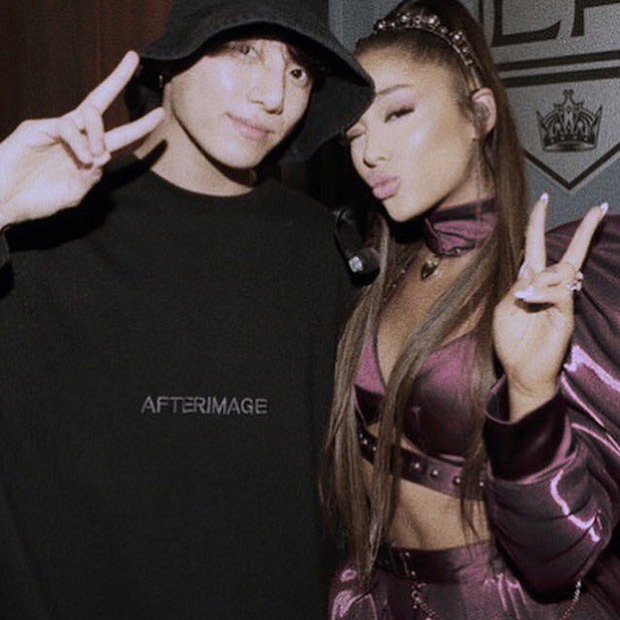 Last year, BTS member Jungkook attended Ariana Grande's concert during Sweetener tour in Los Angeles, California. He shared the ticket from the concert on his Twitter whereas the 26-year-old singer captured the moment and shared it on her Instagram on May 7,  2019.

I felt and learned a lot after seeing her stage. I am really challenged by her stage and will try harder!#ArianaGrande pic.twitter.com/Jj0xREEK2W

Some videos have now gone viral that gives a close up look at Jungkook, dressed in all black with a bucket hat standing next to his manager, is seen enjoying Ariana's performance.

today i offer u jungkook clapping in tiny at ariana grande’s concert. tomorrow, who knows? pic.twitter.com/F7CQIVHs8z

Meanwhile, BTS is working on their new album already after releasing their fourth LP 'Map Of The Soul: 7' on February 21, 2020.

look who i bumped into at rehearsal :)