After the success of their own reality show called In the SOOP BTS ver. (Soop means “forest” in Korean), South Korean juggernaut BTS is all set to feature in the second season of the show on a grand level than seen before. 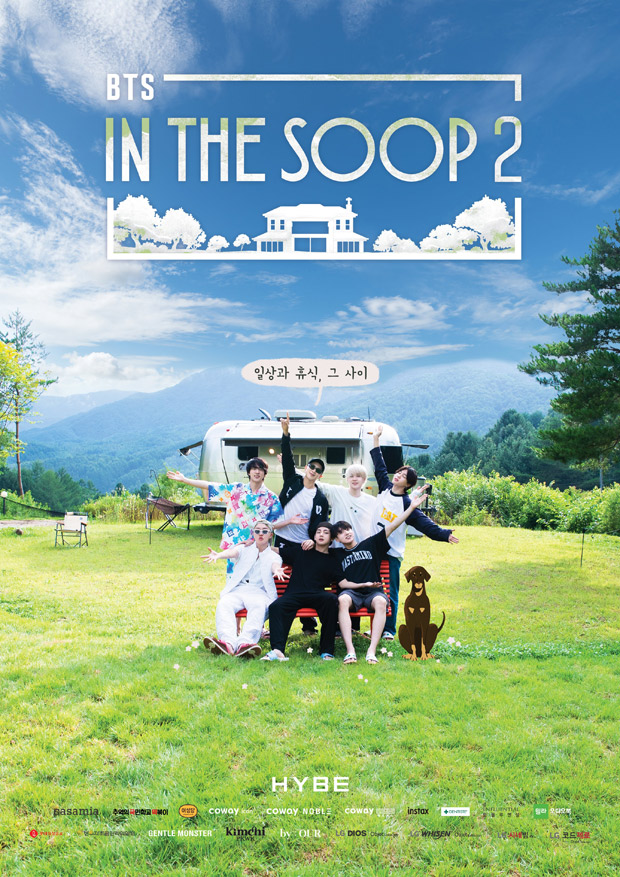 On September 22, first teaser for In the SOOP BTS Ver. season 2, was dropped giving viewers the first glimpse of the beautiful place where BTS will be staying. BTS will be relaxing in a customized villa resort with luxurious amenities built exclusively for them.The captions read, “Somewhere in South Korea, a secret space like something out of a movie. Deep in the middle of the forest, a space constructed exclusively for BTS.”

The teaser begins with screen flashing back to 90 days before BTS’s arrival. The members express their amazement at the stunning villa in voice-over.  Jimin remarks, “It was unbelievable how nice it was. There was even a swimming pool. It was unbelievably nice and so spacious, with a tennis court and a basketball court…”

J-Hope comments, “It kind of felt like a mansion,” while Jin marvels, “Isn’t this basically a castle?” V adds, “It felt like a secret place that I wanted only us to know about.”

The show features the group getting in touch with nature as they hung out in the woods and enjoyed some well-deserved leisure time in the outdoors. The caption throughout the video also read, “Large-scale construction solely for BTS and BTS alone. A dream-like space where BTS’s hopes and dreams become reality. A large-scale project that took a year to prepare, from the architectural design to completion of construction!”

In the SOOP BTS Ver. Season 2 will premiere on October 15. New episodes will air on JTBC every Friday at 9 p.m., following which they will be released on Weverse at 10 p.m. KST.

Meanwhile, Coldplay and BTS are all set to drop their collaboration new single ‘Coldplay ’ on September 24.

Also Read: BTS and Coldplay meet in New York ahead of release of 'My Universe' collaboration; the group gifts hanbok to the British band