Home to music enthusiasts and artists from across the globe, this year Twitter witnessed some of the most interesting conversations on music (album releases, song drops, collaborations, et al), and innovative performances by musicians who moved their programs online. A host of live interactions on the service in the form of Q&As, voice Tweets, among others, kept artists and fans connected, entertained and enthralled. 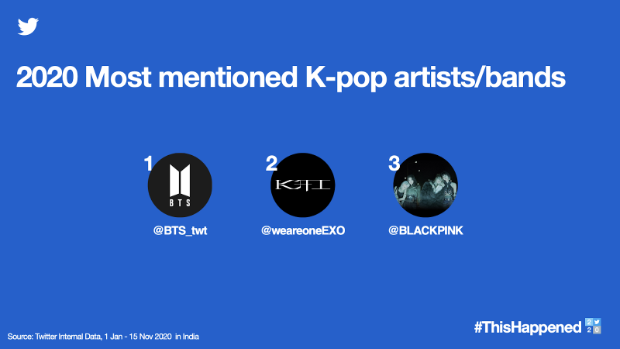 Here’s a look at the top music artists and conversations that struck a chord with Indians on Twitter this year. Twitter India released the data based on the total number of Retweets by Twitter accounts in India between January 1 to November 15, 2020. 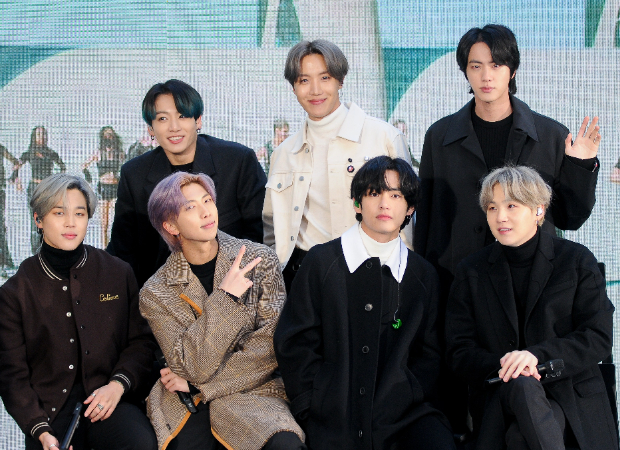 1. Global popstars BTS was the most mentioned K-pop artist of the year in India, owing to the overwhelming support of their Indian fans/ARMY. The Korean heartthrobs’ accomplished massive success this year, winning career-first accolades such as the top spot at the Billboard Hot 100 charts and a Grammy nomination for the record-breaking single 'Dynamite'. With multiple Korean album releases including 'Map Of The Soul: 7' and 'BE (Deluxe Edition)', Japanese album 'Map Of The Soul: 7 - The Journey', a mixtape of Suga 'D-2', multiple solo and collab releases by the members of the group, BTS dominated the conversations on Twitter. 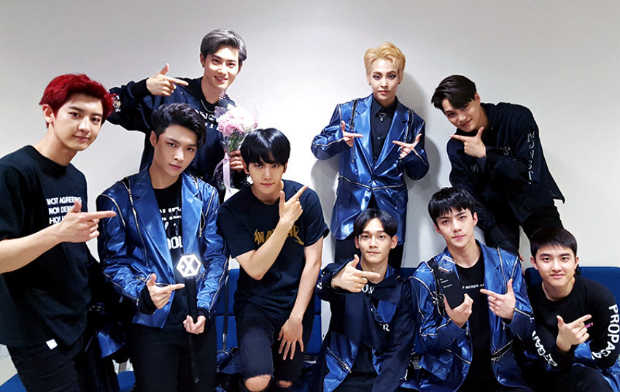 2. Popular stars EXO remained in conversations for many developments - from the band’s members Suho (Self Portrait), Chen (Hello), Baekhyun (Delight), Chanyeol and Sehun (1 Billion Views), Kai [KAI (开)] announcing the solo acts this year. Their song 'Obsession' was received very well among Indian audiences, making them the second most mentioned K-pop artist of the year. While Xiumin completed his mandatory military enlistment and returned safely, Suho and Chen enlisted earlier this year. 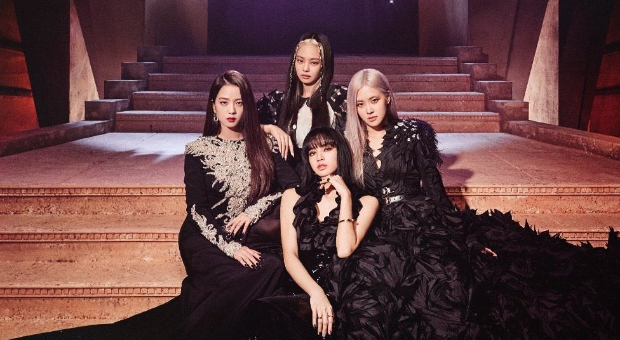 3. BLACKPINK made their Twitter debut this year with their official account for the members and became the third most mentioned K-pop act in India. The band’s collaboration with Selena Gomez for the song 'Ice Cream' had everyone on Twitter talking, as did their Netflix documentary Blackpink: Light Up the Sky which gave fans a closer glimpse into their lives. The group released their highly awaited debut album titled 'The Album' with 'Lovesick Girls' as the lead track after two pre-singles 'How You Like That' and 'Ice Cream'.