CAN Y'ALL  HEAR US SCREAMING? IS THIS THE DANCE REHEARSAL ARIANA GRANDE WAS TALKING ABOUT? Four days post the release of their highly awaited album 'Map Of The Soul: 7', the South Korean group continues to surprise us! They dropped the dance practice video of their title track 'On' and it is powerful! 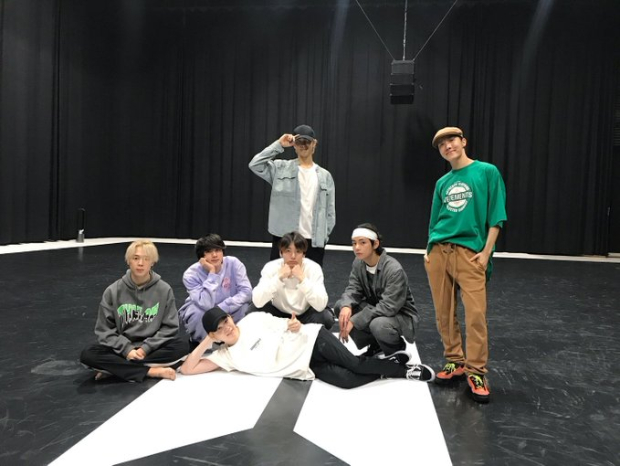 The BTS members - RM, Jin, Suga, J-Hope, Jimin, V, and Jungkook - showcase their insane ability to grab everyone's attention with their spectacular dance routines. The 'On' choreography features the seven young men along with TheLab dance crew and Blue Devils Marching Band. This video seemed to have been pre-recorded at the time when they were in Los Angeles ahead of their Grammys 2020 performance.

Every move is powerful, the ease with which the formations change, the dance breaks truly capture the powerful emotion of the song. Seven years into their careers and becoming worldwide sensations, they continue to mesmerize us by showcasing the toughest routines and new ways to present themselves.

BTS is set to be featured in Carpool Karaoke on The Late Late Show with James Corden on Tuesday's episode. The took over New York City in Subway special episode of The Tonight Show Starring Jimmy Fallon on Monday night.