After the release of their highly anticipated album, 'Map Of The Soul: 7', James Corden dropped the much-awaited Carpool Karaoke segment featuring South Korean group BTS. The worldwide sensations pre-recorded the video in January when they visited the sets of The Late Late Show With James Corden. RM, Jin, Suga, J-Hope, Jimin, V and Jungkook had a gala time singing, dancing and well, revealing interesting details! 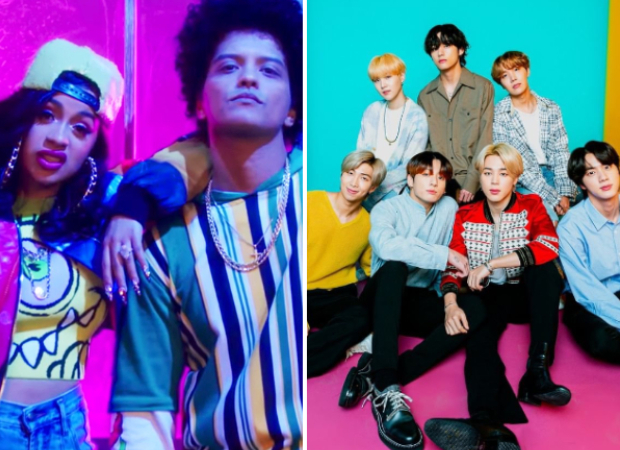 During the Carpool Karaoke segment, one of the songs the group crooned was of Bruno Mars' 'Finesse' featuring Cardi B. And the vibe was perfect. RM and J-Hope took the lead during the rap verses as the group flawlessly crooned while Jungkook's adlibs were impressive!

Bruno Mars watched the segment and responded to the video saying, "Thanks Fellas."

Not just that Cardi B too had something to say. At first, she responded with a heart emoji. This was followed by a hilarious tweet that read, "Me homeless cause hobi & joon took my job."

Me homeless cause hobi & joon took my job pic.twitter.com/28WwHXVChh

BTS featured in the long-awaited Carpool Karaoke and let's just say, these seven human beings are so much FUN! Kickstarting with their dance number 'Mic Drop', the members along with James jammed on this track before moving onto Bruno Mars' 'Finesse' ft. Cardi B. This was followed by them crooning their title track 'ON' from 'Map Of The Soul: 7' as Jungkook showcased his powerful vocals while singing the bridge part. The ended the Carpool Karaoke with Post Malone's 'Circles'. Interestingly, James also sang many of the Korean verses which was truly amazing to watch as the host took an effort to learn the song.

BTS performed 'Black Swan' for the very first time on The Late Late Show With James Corden in January 2020. Their fourth LP released on February 21, 2020.