Lara Jean and Peter Kavinsky are back! After the superhit 2019 film, To All The Boys I’ve Loved Before, the actors are back with the sequel To All the Boys: P.S. I Still Love You and more drama in their relationship as Lara and Peter are set to explore their real relationship. But, this time, they are stuck in a love triangle with Jordan Fisher's John Ambrose. 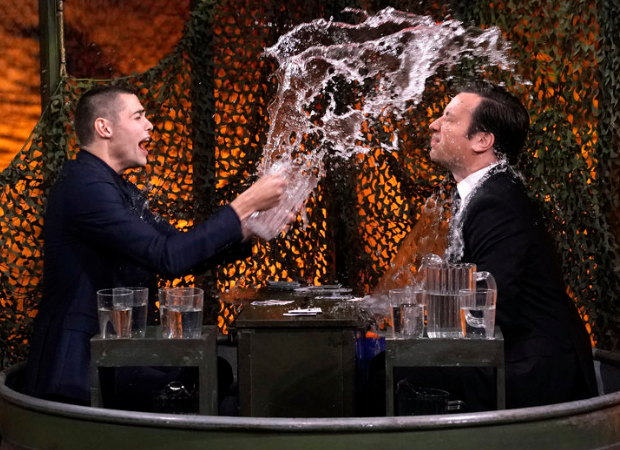 Kickstarting the promotions on The Tonight Show Starring Jimmy Fallon, Noah Centineo clarified on the love triangle rumours. "It starts off with Peter and Lara Jean's first date after they are officially a couple. People are calling it a love triangle. I don't think that's the most accurate way to describe it. But, what happens is Lana Condor's character essentially begins to commit emotional adultery on Peter Kavinsky with John Ambrose, if you guys know that."

He quickly says, "I'm kidding! It's not like that. You guys are like, Damn! It's like a real word, y'all! It's emotional. Someone in her past shows up and she reads his letter and it gets a little conflict." 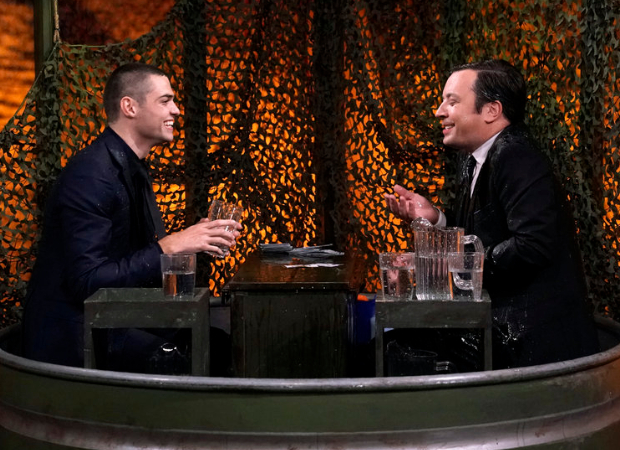 Then, Jimmy and Noah indulge in water war which gets quite hilarious and competitive. Whoever loses the card game has to throw water on their opponent and this game is absolutely bonkers!

Lara Jean and Peter Kavinsky have decided to take their romance from the pretend relationship to a real one. The couple explores their feelings towards each other until another recipient of the letter John Ambrose aka Jordan Fisher arrives. The love triangle brings a new drama to the story. To All The Boys: PS I Still Love You will release on February 12, 2020.

ALSO READ: New trailer of To All The Boys 2: P.S I Still Love You featuring Lana Condor and Noah Centineo is here