There have been countless books or chapters that have been written on actors and superstars from the bygone era. Nargis, Sunil Dutt, Dharmendra, Amitabh Bachchan, Rajesh Khanna, Shashi Kapoor are some such legends on whom a lot has already been said and heard. Hence, when veteran Raaj Grover from the industry decides to talk about his engagement with the aforementioned personalities (and many others), you do wonder what he would bring on the table. After all, he hasn’t been a eminent filmmaker either as his job has been more behind the scenes (as a publicist/manager etc.) and less in front of it (as a producer). Still, you decide to go through this 270 odd page book. 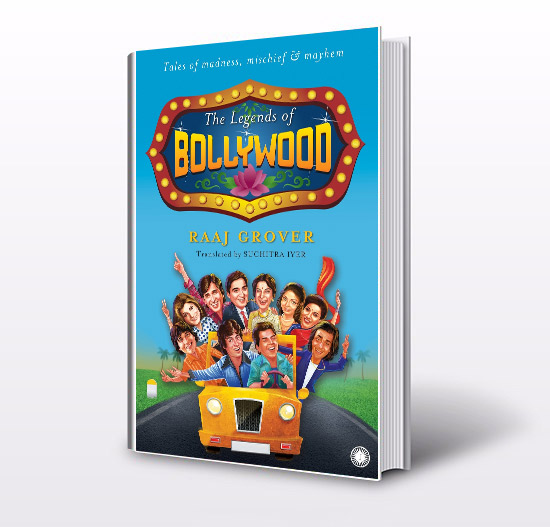 What surprises you right from the first chapter though is the kind of detailing that the man comes up with, despite the fact that he is in his 80s currently. While he has put together his thoughts in Hindi and Urdu, I read the English translation which has been written by Suchitra Iyer. Particularly interesting is to read this whole elaborate chapter around how he ferried Amitabh Bachchan during latter’s first four days of visit in Mumbai and made him meet quite a few eminent film bigwigs. His struggles, trials and tribulations are explained in great detail here which makes for an interesting read.

What is not quite interesting, are the chapters that would possibly be closest to the author’s heart, the ones around Dutts. Since he was the production-in-charge of Sunil Dutt’s production house, he had a family bond with the actor, his wife Nargis and his son Sanjay Dutt. However, since during last one year so much of overdose has come the way of a reader about Dutts, you are not really enthralled to digest any further information.

Then there are chapters around Dimple Kapadia, Rakhee, Shabana Azmi, Prakash Mehra, Zareena Wahab and a few others which are sketchy at best. You just get to know a little about Grover’s personal interaction with them and though he has tried to make them as interesting as possible for a reader, you basically shrug away the little that comes your way.

That said, one has to compliment the spirit of Grover that he remembers the industry as well as its people fondly with a lot of genuine love and affection accompanied by a great deal of positivity. He doesn’t carry personal malice against anyone and even though there have been instances as per him where he was duped, short changed or deceived, he seems to have made peace with the fact and truly moved on to a life which is beyond Bollywood.

As for the nuggets which are interesting, it is interesting to read about his liaisons with Vinod Khanna, Mahesh Bhatt and Shashi Kapoor which do manage to hold your attention.

You can possibly go through the book if nostalgia is something that you revel in.