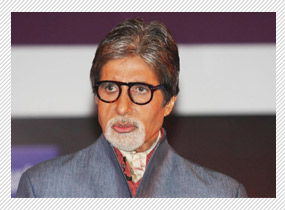 The New Year weekend didn't kick-start on a good note for the people of India as the young 23 year old Delhi gang-rape victim finally breathed her last this morning at a hospital in Singapore. As soon as news of her death was announced, it sent shockwaves throughout the country. B-town celebs too expressed their grief, shock and anger via Twitter. Here's what some of them had to sayâ€¦

Ajay Devgn- "why does someone need to b sacrificed to start a revolution? I hope her sacrifice is not in vain! The bastards shd b hanged! Jai hind!"

Abhishek Bachchan- "I have always been a very proud Indian. Today, we should ALL be ashamed. Will it always take an innocents death for a nation to awake?"

Boman Irani- "She was like a soldier of revolution. If forgotten, the shame on us is greater than the one's we accuse!"

Anubhav Sinha- "ASHAMED.... That I belong to a race that commits such heinous acts. My apologies to all women. RIP would be such a farce."

Karan Johar- "RIP to a brave girl who fought in a weak and paralysed country.......#shameonallofus!"

Kunal Kapoor- "I really hope, the anger that we all feel, does not disappear, after a couple of days and a few emotional tweets."

Anupam Kher- "This is Death of Human Dignity, Death of Being an Indian, Death of Innocence and This is also Death of A System. India is Heart Broken. RIP."

Riteish Deshmukh- "Just heard the braveheart girl is no more. True fighter. Sad it takes a tragedy for us to wake up. Prayers with the family."

Arjun Rampal- "Amanat, has died and has left this country to hang its head down in shame. I sincerely do hope there will be redemption for her soul."

Sonam Kapoor- "This has been our country's most shameful moment. I hope we can atone for what has been done."

Mahesh Bhatt- "Shut all temples where you pretend to worship the female form. Cry India! Your hands are drenched with the blood of your own daughters."

Kunal Kohli- "It's a sad day today. It'll be even sadder if like everything else 'we' let this pass. Don't let system again get the better of us."

Gul Panag- "Wonder how many lives will be lost before we as a society fix ourselves?? And before our State takes corrective measures?"

Manoj Bajpayee- "With her death this country died many deaths! may she rest in peace !very depressing moment for the entire country."

Varun Dhawan- "Is this the way an Indian man wants his mother, daughter, sister and the countless other roles a women plays in life to be treated?"

Alia Bhatt- "She fought until her last breath! A brave young girl who deserved much more in life! This year ends on a devastating note."

Dia Mirza- "RIP dear one. I feel like a part of me died today."

Subhash Ghai- "I feel extremely sad at this tragedy. Nirbhaya left us with a deep awakening n alarm that we have to do lot at all levels to build up our society and nation with much more human dignity n national character. We deserve to live without any fear of evils in our own country. God bless her noble soul"