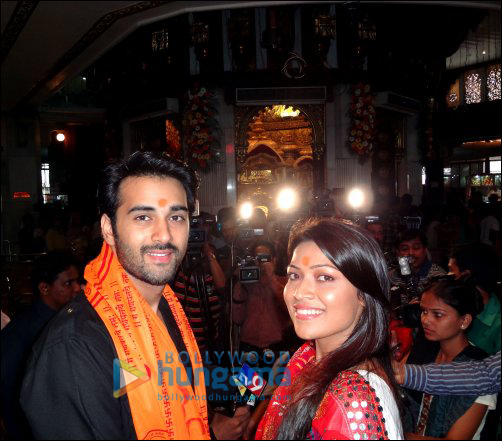 It was a holy visit for Bittoo Boss A.K.A. Pulkit Samrat and the girl playing his love, Amita Pathak, as they joined Gudi Padwa celebrations at Siddhivinayak temple last week. While the duo has made quite a few visits to the temple earlier on as well, it was special this time around because they were in the middle of an auction.

"Every year there is an auction at the temple on this occasion where the highest bidder gets a gold coin. It happened this time around as well and Pulkit and Amita were called upon to hand over the coin", informs a source.

A woman made a bid for Rs. 16,500/= and won the coin for herself. What made it further special was the presence of Pulkit and Amita.

Meanwhile for the lead pair it was an opportunity to seek blessings for their film which is all set to release on April 13, 2012.