Taapsee Pannu made her debut in the Hindi film industry with the David Dhawan directorial Chashme Baddoor that was released in 2013. On several occasions, Taapsee has revealed that she was treated like an outsider or newcomer in Bollywood in her initial years. However, by then Taapsee had done around 10 films in the South film industry and had made a mark for herself down south. But, today having completed 10 years in the entertainment industry she makes for a good case on having a successful transition from south cinema to the Hindi film industry at a time when the divide between the two was considerably wide. 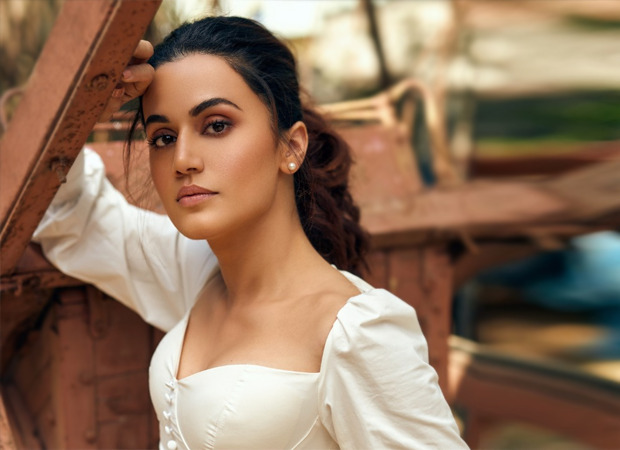 Taapsee Pannu made her acting debut with the Telugu film Jhummandi Naadam in 2010. What many are not aware of is that ahead of the release of her debut film, she was offered three more films. In the year 2011, she had as many as seven releases across Tamil, Telugu and Malayalam industry. Her second film was the critically acclaimed Aadukalam which went on to win six National Awards. The film also marked her Tamil film debut. She was cast opposite Dhanush and played the role of an Anglo Indian. In the same year she debuted in Malayalam cinema with the film Doubles. The film also starred superstar Mammootty. In 2012, she had only one release with Daruvu in Telugu.

5th April 2013.... it’s been exactly 7 years ! Must say I looked like a different human being all together. And in a lot of ways I actually was. Not many people had any belief in the fact that things can go THIS far from there, not even myself. When I started acting 10 years back it felt like I was in some sort of rush to reach somewhere, but from this point onwards in 2013 I slowed down to enjoy and LIVE this journey every single day. Slow and steady was how I wanted my journey ahead and I am happy i didn’t lose patience on my way. I think what I enjoyed the most was that I was getting surprised at every single step coz things weren’t really planned nor I was following a set path. 7 years later I think I am going to continue doing the same coz as people say “chalti gaadi ka bonnet nahi kholna chahiye” ???? Today I shall raise a toast ???? and a toast ???? to this journey I am proud of ! CHEERS! #NostlagicThrowback #Chashmebaddoor #7years

However, 2013 once again proved to be a game changer as she stepped into the Hindi film industry with the David Dhawan directorial Chashme Badhhoor. Two years later she made a brief appearance in the Akshay Kumar starrer Baby. Even though it was a small role, it was very impactful and later went to have a standalone movie of her character titled Naam Shabana. However, it was her performance in the 2016 film Pink that had many take notice of her and from there one there was no turning back for the actress.

However, her time in the South Indian film industry was not all happy-go-lucky. She was termed a 'bad luck' after a few films that featured her did not do well at the box office. At an event by India Today in 2019, she said, “There was a point in my career when I was called the bad luck charm in the South because there were three-four films of mine that didn't do well at the box office. I was the typical heroine who was doing three-four songs in the films and a few scenes but not important roles. Still, I was bearing the brunt of being the unlucky charm as they thought that it was me who is making these films flop back to back.”

However, despite gaining success in the Hindi film industry, Taapsee has no plans to give up on South Cinema. She makes the conscious efforts to do at least one South Indian film every year. Last year she was seen in the much appreciated film Game Over. At the  International Film Festival of India (IFFI) 2019 while talking about continuing to work in the South, she said, “I have gratitude for the south industry. At no point I wanted it to look like I used it as a stepping stone for Bollywood. They taught me what basics is like - camera and acting. Now, I have learnt the language too. It will be really stupid of me to give up the market. I would continue to work in the South.”

While today the line between South cinema and Hindi film industry is thinning, that was not the case a decade ago. Even though Taapsee was around 10-15 films old by the time she stepped into Bollywood, she was treated like a newcomer or a struggler at various events. “I would go there, and I would be treated like one of those newcomers or strugglers. I was at least 15 films old, probably much more than people sitting in the front row. I did not understand. Just because I did films in the South, did that make my films less credible? I was treated like... 'You are going to be sitting in the sixth row and not the first,” the actress had revealed in an interview with an entertainment portal.

Taapsee was last seen in the film Thappad directed by Anubhav Sinha. The actress has four films that have been announced. She will be seen in Haseen Dillruba, Loop Lapeta, Rashmi Rocket, and Shabaash Mithu.