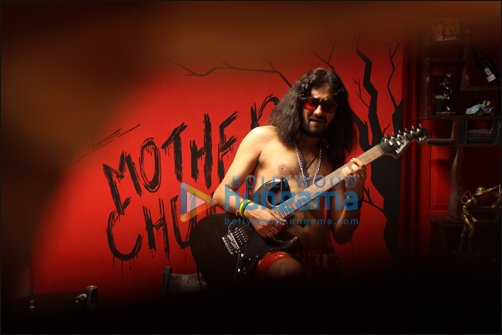 He came, he saw and he rocked the show. We are indeed talking about the 'Terror Man' Bin Laden. Well, when the whole world thought that he was another name for Fear, a relatively unknown actor called Pradhuman Singh showed the world that Laden could also be comic, through his real-to-life portrayal of Bin Laden in the last season's biggest hit Tere Bin Laden.

Not the one to rest on his laurels, Pradhuman is now all set to rock and shock the nation yet againâ€¦ with his brand new avatar in K Sera Sera production's Zara Hatke Zara Bachke, to be directed by Rakesh Mehta. Bollywood Hungama's reliable sources said that, "Post TBL, Pradhuman had read a lot of scripts. It's only after a patient thought process, that he finally gave his approval to his character in Zara Hatke Zara Bachke, something which has never been played in Bollywood before. Speaking exclusively to Bollywood Hungama, Pradhuman said, "To tell you the very fact, I am not much of a gym person and I simply hate torturing my body. However, in order to justify the look of the character, I made an exception and sweated it out in the gym for a toned look. Not just that, in order to get into the skin of the character, my director wanted me to get a paunch. So, here I was gulping beer day and out!" Singh also added, "This is an experimental character, and in order to get things right, I had done a lot of research and met a lot of people to learn Bengali lingo, accent and the way to carry myself."