Raqesh Bapat has finally said those three words to Shamita Shetty, who has openly declared her fondness for him after revealing his feelings for her on Bigg Boss OTT. Shamita urged Raqesh to say a few nice things about her during a light-hearted conversation. When Raqesh didn't respond right away, Shamita jokingly slapped him across the face and remarked, "You take so long to say something nice?"" “I adore you, Shamita,” Raqesh said after a long pause "which means "I adore you" in French. Shamita, apparently taken aback, then asked Raqesh, "Do you even know what Je t'aime means?" “I do, yes, I do,” he said "Shamita was rendered speechless. 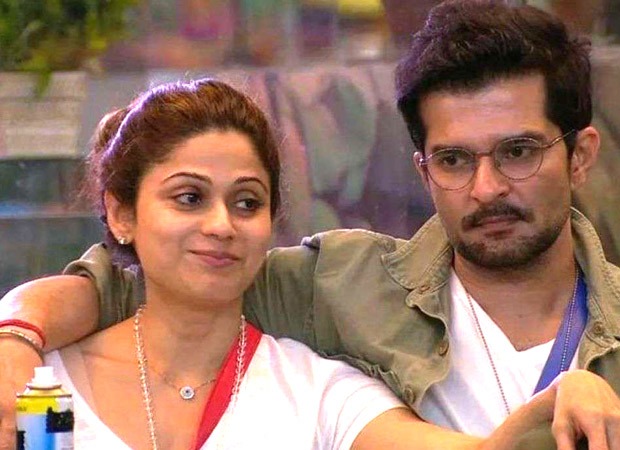 Bigg Boss OTT presenter Karan Johar had warned Shamita during the Sunday Ka Vaar episode that her on-again, off-again clashes with Raqesh were coming off as "extremely annoying." ".. Perhaps Shamita isn't ready to see the writing on the wall, and Raqesh "wants out," according to Karan ".. Raqesh, on the other hand, told Shamita that he adored her and that he wanted to explore their connection in the real world.

Sunanda Shetty, Shamita's mother, recently visited the Bigg Boss OTT house and lauded Raqesh. “Isn't Raqesh sweet?” Shamita asked her mother." Sunanda Shetty responded, "He's such a sweet man."" “You're the gentleman in the house,” she said as she turned to face Raqesh." Raqesh responded by blowing her a kiss and said, "Love you."" Shamita also inquired about her sister, actress Shilpa Shetty Kundra, with her mother. Raqesh was also urged by Shamita's mother not to change himself because of the opinions of others.

Meanwhile, Raqesh's romance with Shamita was mocked by actress Kashmera Shah. “Congratulations @RaQesh19, you are on your way to becoming a henpecked husband... again,” Kashmera wrote alongside a photo of a task segment from Sunday Ka Vaar in which Raqesh took Divya Agarwal's name to answer all the difficult questions and dipped her face in the water seven times to seemingly avoid conflict with Shamita, Kashmera wrote.