After a good run of almost 4 months, Bigg Boss 15 is about to come to an end this weekend. The grand finale is all set to be a big star-studded event. All the ex-contestants of the season will also be marking their presence in the finale. Shehnaaz Gill, who is one of the most popular contestants of Bigg Boss, will be gracing the finale stage. She will be meeting host Salman Khan and will also be paying a special tribute to her best friend and Bigg Bos 13 winner late Sidharth Shukla. 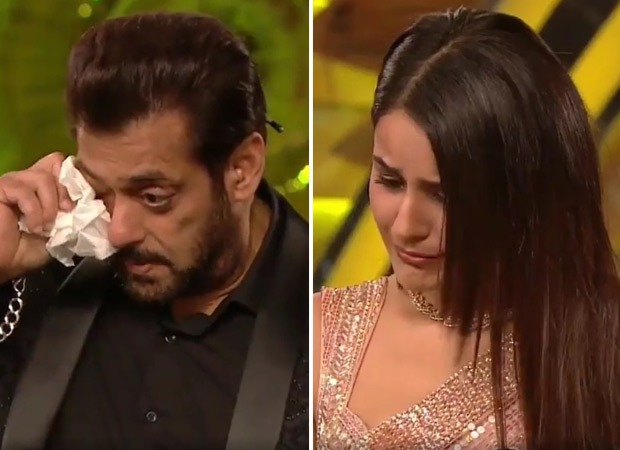 Bigg Boss 15: Salman Khan and Shehnaaz Gill break into tears as they meet on the stage of the season finale

Ahead of the finale, Colors TV shared a snippet of Shehnaaz's tribute performance to the song ‘Tu Yaheen Hai’. Through the performance, she recalls some of her best shared moments with Sidharth in the Bigg Boss house.

In another part of the video, we also see Shehnaaz getting emotional as she greets host Salman Khan. The superstar host has seen Shehnaaz and Sidharth's journey from upfront when he hosted the 13th season. Looking at Shehnaaz get emotional, Salman too tears up as they remember Sidharth.

Sidharth Shukla and Shehnaaz Gill are the two most popular contestants in the history of Bigg Boss and command a massive fan following. They were like family to each other and their chemistry on Bigg Boss 13 and outside the house had their fans ship them and coin the name SidNaaz for the duo.