Karan Kundrra and Tejasswi Prakash’s growing bond has been quite in talks amongst their fans for the past few days. However, in the latest episode of Bigg Boss 15, we saw a twist in the tail. 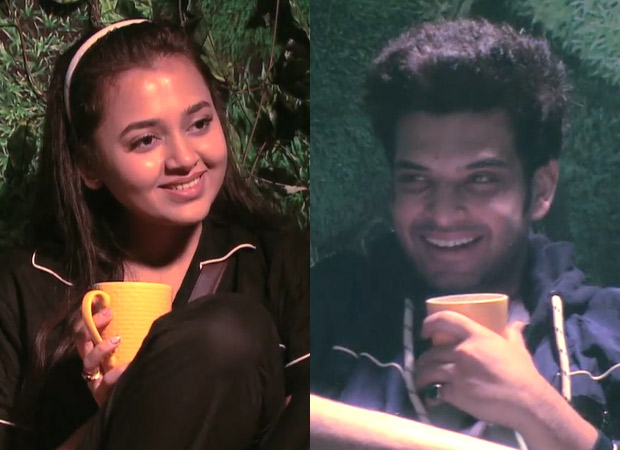 Karan shared how Pratik compared both of them by their looks and said, “Yahi meri bhabhi hai.” Tejasswi came to a realisation that Pratik is right. “Oh yaa. They both have coloured hair, they have pretty much the same kind of body,” she added.

Replying to this, Karan shared some details and listed out the similarities between Anusha and Shamita. “The honesty factor, the emotional side, the not giving up on once decided, ye sari cheezein bahut similar hai,” he revealed. Karan further said that he finds quite a few similarities between the two if he thinks about it.

Then Tejaswwi asked Karan what would he do if he fell in love with Shamita. Answering this Karan said, “No. Brocode bhi to ek cheez hoti hai.” He mentioned how the actress is in love with Raqesh Bapat and said that nothing of that sort would happen between them.

For the unversed, Karan Kundrra dated Anusha Dandekar for more than six years before they parted ways. The VJ hinted through her social media posts that apparently the former cheated on her.