Rahul Vaidya recently stepped out of the Bigg Boss 14 house after being declared as the first runner up. The singer is busy celebrating his achievements in the house with his friends and family. The singer shared photos and videos of him celebrating with his near and dear ones including fiancée Disha Parmar. 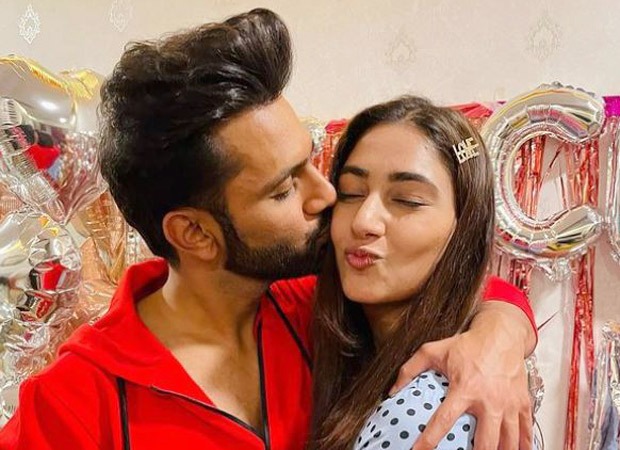 Rahul Vaidya was quick to catch up with the latest social media trends as well as he enacted the pawri trend that is currently the rage on Instagram. In the video shared by him, Rahul is dressed in a red jumpsuit and is heard saying, "This is my house, these are my friends, and here we are having a 'pawri'." Disha wore a white and blue polka-dotted dress for this get-together.

Sharing the post, Rahul wrote, "Back to my Direction (Meri Disha)”