Last Updated 16.10.2021 | 12:06 PM IST
feedback language
follow us on
Bollywood Hungama » News » Bollywood Features News » Bigg Boss 14: Rakhi Sawant breaks down after finding out her mother has to undergo surgery, Aly Goni says he will offer namaz for her

Bigg Boss 14 is celebrating family week and the contestants have gotten the chance to interact with their family members virtually or via the booth placed in the garden area. The contestants have been getting very emotional after seeing their family once again. Yesterday, when Rakhi Sawant’s mother spoke to her on a video call, she was on a hospital bed and said that it had been three days since she was admitted. 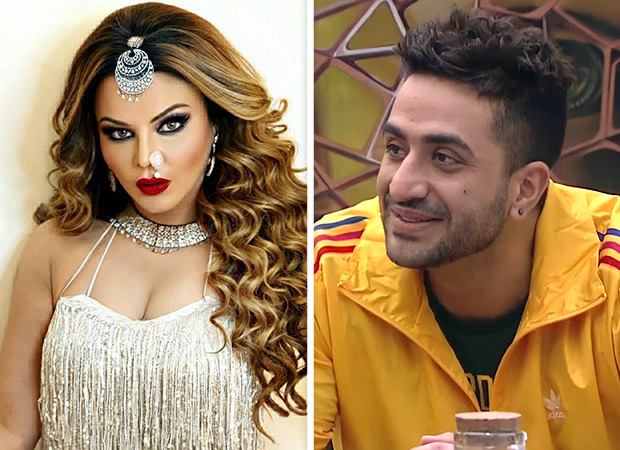 Rakhi’s mother further said that her son-in-law Ritesh has been handling the medical aid well. The actress was seen having a breakdown in the garden area after speaking to her mother and finding out that she has to undergo surgery. Rakhi’s mother has been admitted since there’s bleeding in her abdomen and will soon be operated on. Rakhi was even seen requesting her mother to ask Ritesh to come out in the open and reveal his identity. Signing off on the call, she asked her mother to pass on her greetings to Ritesh.

Aly Goni and Jasmin Bhasin consoled Rakhi Sawant and the former said that he will offer namaz thrice to pray for her mother’s health. Rakhi Sawant was later on seen speaking to Arshi Khan about how she feels that Ritesh was forced to marry her because he failed to show up the first three times but then said that he might have his own reasons for not coming out in public.