Rubina Dilaik and Eijaz Khan's fight in the Bigg Boss 14 house is going to be the highlight of the upcoming episode. The two will be seen fighting over food and it takes a turn for the worse when Eijaz touches Rubina's hand leading to Abhinav Shukla threatening him. 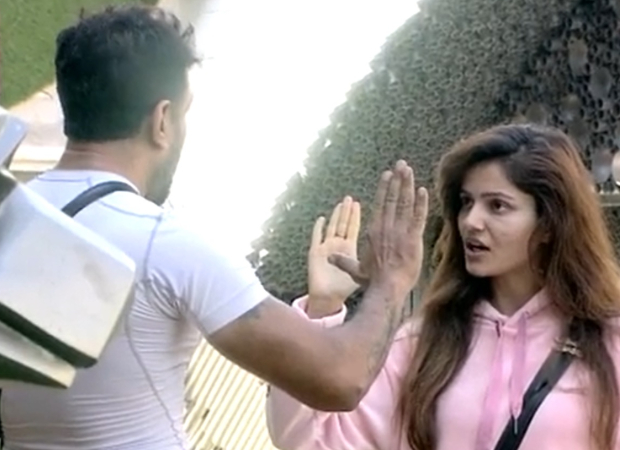 In the promo video for tonight's episode, Rubina gets into a tiff with Rahul Vaidya and Eijaz. The men get into a fight with Rubina after she dictates over what to eat. She argues that they have been sent alternatives and not luxuries that they will eat it all together.

Rahul shouts at her and says that she is giving out orders to everyone. Rubina clarifies that she is doing everything for the betterment of the house and yells at the two for being “hapshis”.

Later on, Rubina tells Eijaz that his understanding of things is pea sized. To this, Eijaz asks her to not tell him what to do. But things get worse when Eijaz touches Rubina's hand and the latter tells him to never repeat the same. This makes Abhinav Shukla intervene and tells Eijaz, "Do not come close to my wife. No physical touch."

In the previous episode, Rahul had a spat with Rubina and Abhinav where he had resorted to name calling.

ALSO READ: Bigg Boss 14: Jasmin Bhasin reacts to Rubina Dilaik having a dream about her