The Big Picture will see Salman Khan and his brother-in-law Aayush Sharma gracing the show this weekend as they will be appearing to promote their upcoming movie, Antim: The Final Truth. 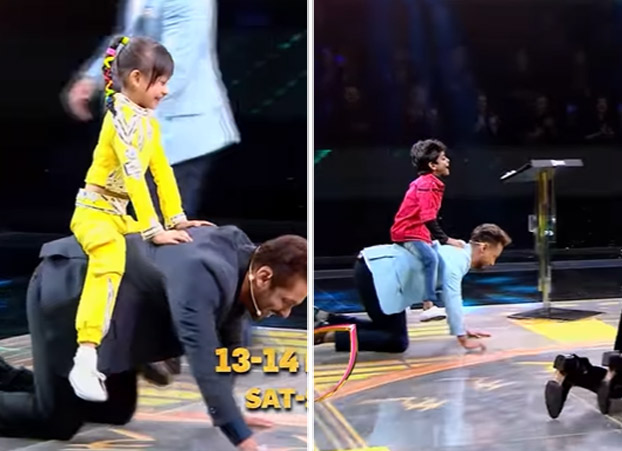 Host Ranveer Singh will introduce them to a dance group, which also included a few kids. On the occasion of Children's Day, the group presented a special dance routine for the guests. They danced to Salman's hit numbers such as ‘Hud Hud Dabangg’ and ‘Prem Ratan Dhan Paayo.’

In a promo shared by the makers, we see Salman getting impressed by a young girl who danced with happy expressions. She even joined him on stage to recreate the step and he, in turn, gave her a ride around the set on his back. Ranveer and Aayush also took his lead and got other kids to sit on their backs for a quick piggyback ride.

Directed by Mahesh Manjrekar, Antim: The Final Truth is being produced by Salma Khan and is presented by Salman Khan Films. The film is billed as a "gripping tale of two powerful men" with polar opposite ideologies; one a cop and the other a gangster, played by Salman and Aayush, respectively.

Moreover, this is the first time Salman and Ayush will be sharing the screen space together. The film is slated to have a theatrical release on November 26. The film will be distributed globally by Zee Studios.