Farhan Akhtar and Shibani Dandekar have been painting the town red with their romance. The couple who was dating for almost 4 years finally tied the knot in an intimate ceremony in Khandala. Post their intimate marriage, the couple threw a party for their industry friends. From the glimpses of the party that have been going viral, it is clearly evident that it was a star-studded affair. 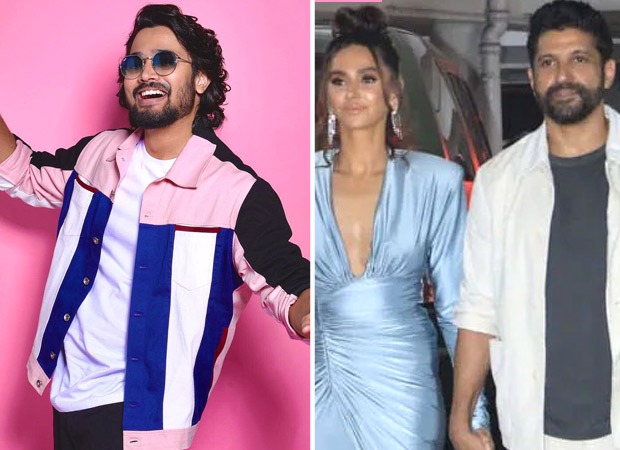 The party took place last Thursday night at the home of Farhan's Excel Entertainment co-founder Ritesh Sidhwani. During the bash, Deepika Padukone, Aryan Khan and Suhana Khan, Kareena and Karisma Kapoor with best friends Malaika Arora and Amrita Arora, Ananya Panday and Shanaya Kapoor with their families and many other celebrities were spotted.

Now, Bhuvan Bham who is known for his creation of turning the simplest video into hilarious content has used his talent in Farhan and Shibani's party video as well. In the video, the actor has done a hilarious voiceover on the clips from the wedding which will make anyone go ROFL. Sharing the video, Bhuvan Bam wrote, “This is what really happened at Farhan Akhtar’s wedding party. Tag your friends???? #BBDubs”

ALSO READ:Photos: Newly weds Farhan Akhtar and Shibani Dandekar along with others arrive for their wedding bash at Riteish Sidhwani’s house