On March 18, the trailer of the upcoming Hindi film, Chehre, was released and it met with a great response. The film stars Amitabh Bachchan and Emraan Hashmi in leading roles along with Annu Kapoor, Krystle D'Souza, Rhea Chakraborty, Drithiman Chatterjee, Raghubir Yadav and Siddhanth Kapoor. The thriller is all set to release on April 9, 2021 in cinemas. 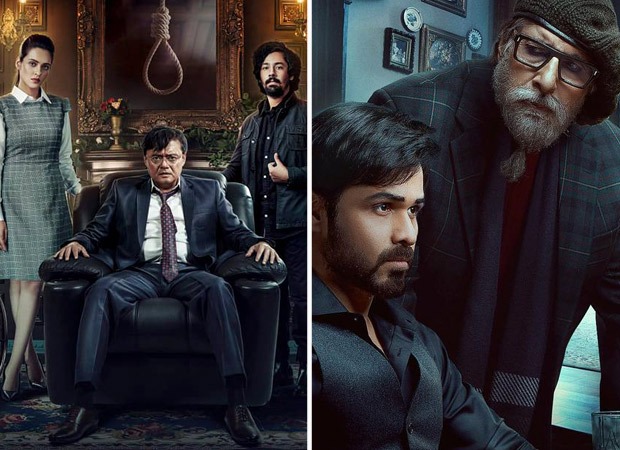 Meanwhile yesterday, the Bengali audiences were left surprised after the trailer of the upcoming Bengali movie, Anusandhan, dropped on YouTube. That’s because it seems eerily similar to that of Chehre. Anusandhan stars Saswata Chatterjee in the lead role. He’s best known to Hindi audiences for playing the ruthless killer Bob Biswas in Sujoy Ghosh’s thriller Kahaani (2012). It also features Churni Ganguly, Joydeep Mukherjee, Ridhhi Sen, Priyanka Sarkar, Kamaleswar Mukherjee and Payel Sarkar. The makers haven’t revealed the release date of the film yet.

Both Chehre and Anusandhan are based on the same idea. Chehre is about an ad agency chief who gets stuck on a snowy evening in the hillside. He takes refuge in a house of a retired judge. The retired judge is joined by his friends, also from the field of law, and they decide to hold a mock trial. Emraan’s character is given the role of the accused. How this harmless game turns into a dangerous one forms the crux of the film.

In Anusandhan, meanwhile, Saswata Chatterjee plays the guy who gets marooned in the hills. Instead of a group of friends, the Bengali film shows a family of lawyers indulging in a mock trial. However, in both the films, the characters played by Emraan Hashmi and Saswata Chatterjee are shown to be cheating on their wives and this element forms an important part of the film, going by the trailer.

It’ll be wrong to assume that one of the films is copied from another. Both the movies are reportedly inspired from the 1956 novel A Dangerous Game (original name: Die Panne). It was written in German by the Swiss writer Friedrich Dürrenmatt. The novel has a huge fan following worldwide and it has been adapted several times. In fact, Shantata! Court Chalu Aahe, the 1971 Marathi film directed by Satyadev Dubey and starring Sulabha Deshpande, Amol Palekar and Amrish Puri, is also based on A Dangerous Game. The book was first adapted as a play of the same name by acclaimed playwright Vijay Tendulkar who then also wrote the script of the film adaption.

Interestingly, the writer of Chehre is Ranjit Kapoor and he had also made a play inspired by A Dangerous Game, called Wrong Turn. Ranjit Kapoor has several acclaimed films to his credit like Jaane Bhi Do Yaaro (1983), Ek Ruka Hua Faisla (1986), Kabhi Haan Kabhi Naa (1994), Bandit Queen (1994), etc.

What’s amusing is that both films might release at around the same time. It remains to be seen which film manages to impress more and how the comparisons between Chehre and Anusandhan play out.

Also Read: Krystle D’Souza recalls when she met Amitabh Bachchan for the first time on set of Chehre