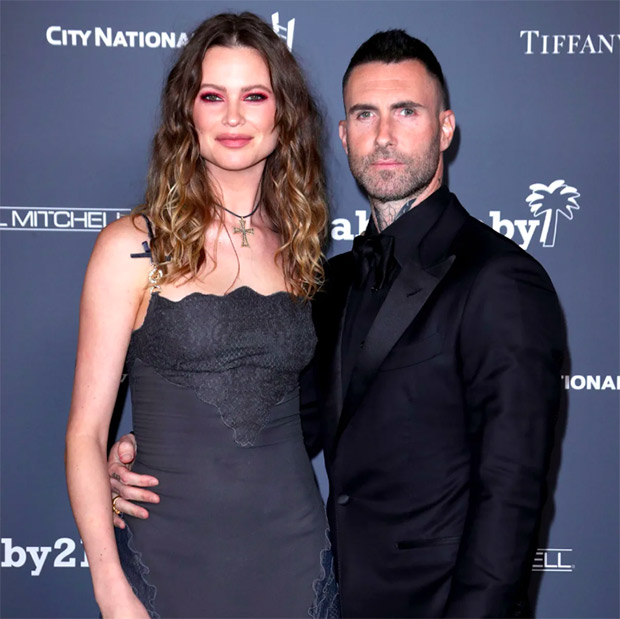 According to People, Maroon 5 fronter performed on Saturday night in Las Vegas as part of The Event which benefits The Shaquille O'Neal Foundation. During his seven-song set, Levine made no mention of the scandal and rarely spoke to the audience other than introducing his songs and thanking O'Neal for the opportunity to play The Event.

Prinsloo – who is expecting her third baby with Levine – was spotted backstage and “appeared to be in great spirits.” As the report notes, the Victoria Secret model also had another presence during the evening, as she appeared in the music video for "Girls Like You," which played behind the band as it performed the 2018 hit. At the Las Vegas gala, hosted by the Shaquille O'Neal Foundation, host Shaquille expressed his support for Levine following the ongoing backlash over the affair scandal.

"Adam is a friend of mine from time ago," he said. "I always say to myself, you know, I cannot be a hypocrite. Now, I wasn't the greatest husband in the world, so just because I have a large platform right now doesn't give me the right to bash other people. He's great, he's doing something for the children, he's always been like that. I'm happy for him. And I wish him luck."

Levine's show comes just weeks after he first made headlines when Instagram model Sumner Stroh claimed in a TikTok video that she had a year-long affair with the singer. In his statement addressing the claim, Levine denied the affair and claimed that he "did not have an affair" but "crossed the line during a regrettable period in my life."