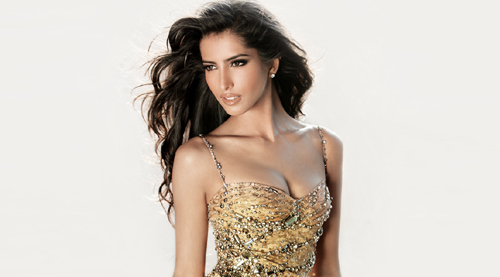 Model, ex-Miss India and now an actress - Manasvi Mamgai is making a high profile debut opposite Ajay Devgn in Action Jackson. Though she is one of the three leading ladies in the Pradbhu Dheva directed affair, she has no qualms in admitting that the stage and set up was enticing enough for her to give an immediate nod of approval without any second thoughts. While she is not yet committed to her next film, Manasvi considers herself as destiny's child and believes that being at the right place at right time is something that has gone in her favor.


What was that striking part about Action Jackson that totally wowed you?

Honestly, everything about the film was pretty striking. With a team comprising of Prabhu (Dheva) sir, Ajay sir, other big stars, a production house like Eros, a good technical crew, you don't think much. Moreover, the fact remains that the role was something that I had to just grab with both hands. I play this glamorous, sexy and powerful young woman with unconventional traits - there was no reason for me not to do it.


Being a Miss India comes with its perks, a lineup of film offers being one of them. Why did you have to wait till Action Jackson came calling?

The other films that came my way were just not exciting enough. Either they were smaller banners with lead roles or bigger banners with small roles; nothing really worked out. As for Action Jackson, it was very instinctive for me to choose it. There was no logic like if I do this film them I will be very successful. It just came to my instincts that let me do this as it sounded much more exciting than anything else that had been offered to me before.


Nothing much has been revealed about your part or the actual storyline though.

That's by design. When you see the film, you would realize that it is an altogether new script which has been treated in a very fresh and different way.


While action is indeed the highlight of the film, the promos suggest that you too have a fair share of action sequences to your name.

I learnt martial arts in Pondicherry and then Ajay sir put me through this commando sir who has trained us for the movie. Yes, I do perform a few stunts in the film. As for acting, I was very comfortable in front of the camera as I really like that. So whatever Prabhu sir instructed, I tried to do my best.


You have also gone pretty aggressive with dancing, as seen in the song 'Gangster Baby'. Did you have to extensively prepare for that?

No, not really for dancing. I did a few workshops for acting and then there was also physical preparation for the action part. However dancing didn't involve any of that. As for my song 'Gangster Baby', it will make a lot more sense when seen along with the film's narrative. Right now, I do understand that it may seem very vague due to it being seen in a standalone manner.


Over the years, you must have carried a dream to act. Now that Action Jackson is running in theaters, isn't it a surreal thing to see it all translate into something substantial and find its way to the big screen?

I think I am just very lucky. Everything has just come to me at the right time and right place. It's my destiny as I believe I am destiny's child. As for what I am going through right now then well, I am feeling a lot jittery as I don't know what's going to be the reaction from the audience and industry in general. Once the verdict is out, I am sure I would go through an entirely different set of emotions, something that I just can't explain for now (smiles).