Ranbir Kapoor and Alia Bhatt are vacationing in Ranthambore along with their respective families to bring in the new year. The couple was also seen celebrating Christmas together at each other’s family dinners and their fans have been looking forward to them to tie the knot. Ranbir Kapoor had also mentioned that had there not been a worldwide pandemic, he would have tied the knot with Alia by now.

The actors are set to make their first on-screen appearance in Brahmastra directed by their close friend Ayan Mukerji and were also rumoured to be in Ranthambore for their engagement. However, that does not seem to be the case for them. Alia Bhatt’s recent Instagram picture has gotten the fans all excited as Ranbir Kapoor has accidentally photobombed the picture. Dressed in a pink body-con dress with white boots and a trench coat, Alia Bhatt posed by the bonfire with Ranbir Kapoor sitting right next to her. She posted it with the caption, “& to whatever lies ahead of us.. cheers! ????”.

Take a look at her picture, right here. 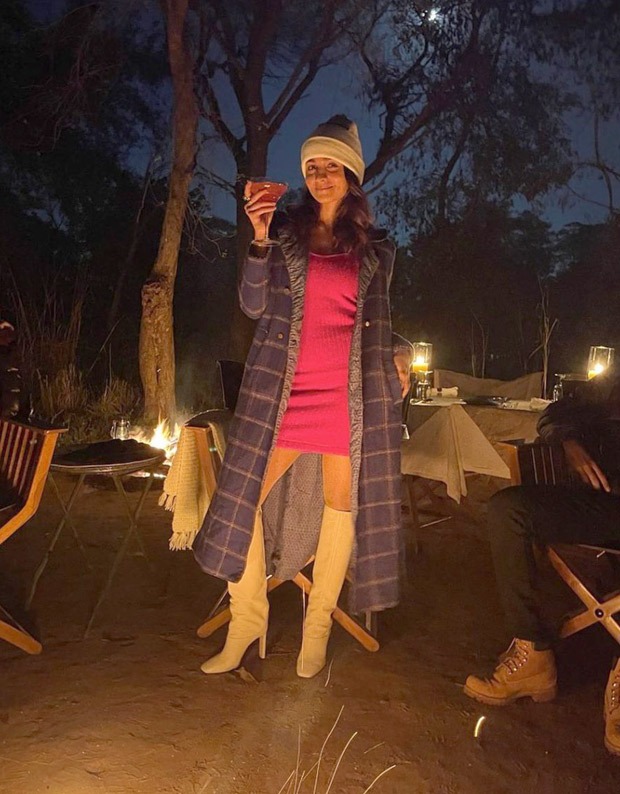