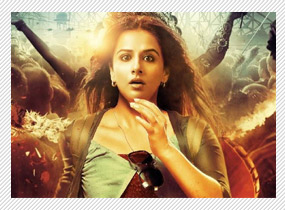 Barfi! is a success. Wait, a huge success actually. The film is continuing to find good footfalls in theatres and is turning out to be one of those rare offbeat affairs that has actually caught fancy of its target audience. Anurag Basu has presented the story in exactly the way he wanted and the wounds of Kites seem to have healed. He is not alone though. Sujoy Ghosh (Aladin) and Shoojit Sircar (Johnny Mastana), his fellow Bengalis, too were nursing their wounds when they made Kahaani and Vicky Donor respectively. Today, these Bengal Tigers could well be dancing to their own music in a closed door party.


Aladin was one of the biggest commercial disasters in the year of its release. Even when Home Delivery flopped, Sujoy Ghosh, director of Jhankaar Beats, dreamt big and spent years in conceptualising Aladin. The film did go through a change of hands from the production perspective and even though many around him suggested that he could make something simpler instead of experimenting with a full-on VFX fantasy affair, Sujoy surprised one and all by assembling an enviable cast of Amitabh Bachchan and Sanjay Dutt along with Riteish Deshmukh.


The film went through struggle en route to its release as well and was a major commercial failure. Of course Sujoy was shocked and shaken. What did he do next? Well, he decided to tell a bigger story on a smaller scale and invented his own Kahaani. Putting together the project was a challenge, to get a right release something even bigger. Sujoy was pushed to the wall but then he delivered, and how.


Today, Kahaani is hailed as one of the most indigenous thrillers ever!


His Yahaan was critically acclaimed but wasn't any great shakes commercially. Still, just like Sujoy, Shoojit too managed to get none other than Amitabh Bachchan for an ambitious project Shoebite The film went through some rounds of legal hassles, saw it's title changed to Johnny Mastana and then was completed with much difficulty, courtesy tough climactic conditions in which it was shot.

And then it was stalled!


Years went by and for Shoojit the wait was almost getting endless. Three years after a no-show on his dream film, Shoojit went ahead and started work on Vicky Donor. No one knew what the film was all about. No one knew who the lead in the film was. No one knew when it was shot and completed. And then the 'dhamaaka' happened when the film's first promo came out.


Today, Vicky Donor with unusual suspects like Ayushmann Khuranna and Annu Kapoor in the lead is pretty much in contention for some top-line awards, courtesy mass as well as class appreciation that it managed to gain.


He was really hot and happening when Kites happened. Suddenly, it was being questioned that how could the director of sensitive films like Life In A Metro and Gangster make a mishmash of affairs in the form of Kites. Of course there was some consolation that did come his way as many were of the view that the Hrithik Roshan starrer turned out to be a 'khichdi' due to, in Anurag's own words, a democratic approach being followed. However it was the end result that mattered and as per that, Kites was a critical as well as commercial failure.


The Bengali director had a task in hand. He now had to helm something that carried his stamp in entirety and wasn't to be bogged down by any more of democratic decisions coming into play. Despite superstars like Ranbir Kapoor and Priyanka Chopra at his disposal, he went ahead and told the story of Barfi! in a way that made people forget that the two actors were earlier seen as a couple in Anjaana Anjaani! He further went against the tide and gave first timer Ileana D'Cruz a meaty role as an extended screen time.


Today, Barfi! is not just Ranbir's biggest solo grosser in the making but is also in line for many more awards and rewards in months to come.


The Bengal Tigers have roared the loudest, and how!