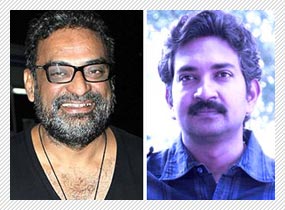 Irrfan Khan has walked away with the National award for best actor as the celebrated sprinter turned bandit in Tigmanshu Dhulia's much-acclaimed Paan Singh Tomar.


Reacting to Vidya's omission director Sujoy Ghosh says, "Last year was fantastic for cinema. Even within the sphere of Hindi cinema we had so many worthy nominees. And if you stretch it nationally it becomes that much tougher to choose the best. I'd have loved it if Vidya had won. However this (her defeat) gives us reason to work harder next time."


Reacting to the double triumph Tigmanshu Dhulia said, "At a time when sportspersons' conduct on the field and in privacy has come under a cloud I can't tell you how happy I feel about the victory of Paan Singh Tomar. The film has become a benchmark that even I would find hard to equal. People would always compare all my films to Paan Singh Tomar. I knew Irrfan would win the National award for the film. That the film has won for Best Feature film is very liberating triumph for me. I can't begin to tell you what I had gone through to complete this film. I was Line Producer. I had to put in my own money, and I did so happily. I was very confident I was making a film I believed in. There are so many other unsung sportspersons like Paan Singh. I want to make more films on their lives."


Reacting to the three awards given to his film Shoojit Sircar said, "I was in hotel room in Chennai when I heard the announcement on television. I whooped in joy and broke into a Gangnam Style dance. The hotel staff thought I had gone crazy. It's big moment for me. I never thought the film would come so far. The fact that a film on sperm donation is acknowledged by the government as popular entertainment is a big thing for me. I feel very happy for Anu Kapoorji and Dolly Ahluwaliaji. I can't wait to get together with the Vicky Donor team for a celebration."


Dolly Ahuluwalia said, "I am truly over the moon. This really means a lot to me. I can truly say the awards are not manipulated. I feel I am dreaming. Thank you, Shoojit Sircar and the crew."


Bedabrata Pain's Chittagong won the Golden Lotus for the 60th National Award as the best first-film of a director. Chittagong's 'Bolo Na' fetches the best lyricist award to Prasoon Joshi and the best playback singer to Shankar Mahadevan.

Pain who lost his son Ishan during the making of the film says, "This honour is for Ishan. He implicitly believed in me and stood by me. After seeing the first cut, he gave the film a thumbs up, when everybody was busy criticizing it. And we had a pact, that whatever we take on we'll give it 300% and I did even when others doubted my vision. Today I feel a small vindication .It's a kind of personal victory for me and for Ishan ... and of course, for the entire Chittagong team who stood by me in my darkest hour and gave their best. Standing on the shoulders of these giants I have been able to make Chittagong."


Telugu cinema's most successful director S .S .Rajamouli whose Eega won the National award for best Telugu film is disappointed that his Eega star Sudeep didn't make the cut in the acting honours.


Says Rajamouli, "I was hoping Sudeep would win. We didn't apply for the best actor. We applied for best supporting actor. Anu Kapoor did a good job in Vicky Donor. But I think Sudeep's performance is superior. Without him Eega is not the same. Personally I haven't seen a better performance this year. And Sendhil did breakthrough photography in Eega. But I don't know if that counts in the National awards."


As for Sridevi's performance in English Vinglish being sidelined, producer R Balki expresses the nation's collective dismay when he says, "In the golden year of Hindi cinema they forgot a truly golden performance. A 24-carat story. A gem of a screenplay and a sterling directorial debut. I think they are into silver."


In the meanwhile Tannishtha Chatterjee who won a special National award is miffed not with the awards but the media. "Though I am happy to have been recognized by government I am appalled at the way the media has ignored my achievement."