In last night’s episode we saw Priya feeling ecstatic that she will be a mother. When all the attempts of Ram’s well-wishers fail as they see Shivi’s funeral pyre, the only hope left for them is to have an angel who will reunite Raya. While Brinda is sure that there is no hope for their reunion, Krish, who is with Priya, thinks that the news of her pregnancy is the key to reunite her and Ram. He is sure that Mr. Kapoor will take his wife home and everything will be fine. But in a twist of events, Priya makes a shocking statement! 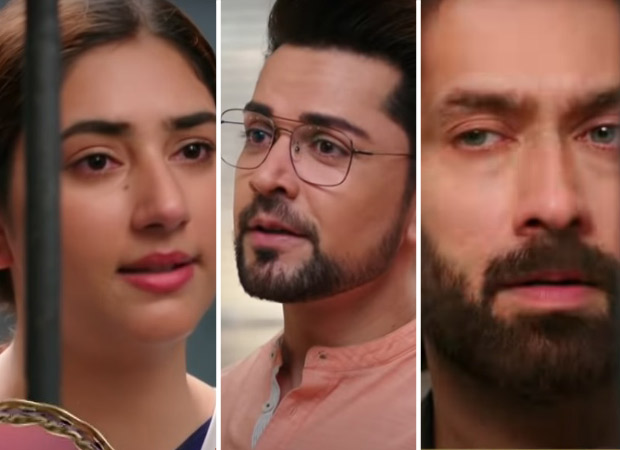 Just like it was featured in the promo last night, Nandini picks up the phone of Priya and is shocked to hear that she is pregnant with Ram’s child. However, she informs Ram who is left awestruck by this. He immediately rushes to his wife and even consoles her, requesting her to not take others’ blame and let their baby suffer. He promises her that he will make everything alright! That’s when Priya questions, ‘How?’ She goes on to add, ‘Why will you do this for the baby when the baby isn’t even yours!’ The statement leaves Ram speechless. She reveals that she is carrying Krish’s baby and that he was always her first love. A shocked Ram continues to process the statement given by his wife.

How will Ram react to this shocking revelation made by his wife? Is Brinda right – will Ram and Priya never be reunited? Ram and Priya have always had faith in each other in the worst of times. Even while investigating his father’s death, his trust in Priya never wavered. But with Shivi’s death, their relationship seems to have taken a drastic turn with no point of return.

Bade Achhe Lagte Hain 2 is expected to feature a leap with Ram and Priya’s daughter entering the story. What new twist will the little one adds to their parents life. Will she be the ‘angel’ that Ram’s friends are referring to?

Also Read: Bade Achhe Lagte Hain 2: Did Priya just confess to Ram that he is not the father of her baby? Is she telling the truth?