While many shows of late have some Bollywood celebs turn hosts scooping out secrets from their favourite stars, here’s another one around the corner. We are talking about the forthcoming web chat show Feet Up With The Stars. Hosted by stylist Anaita Shroff Adajania, this one will feature some popular Bollywood stars sharing some insights of their lives and letting out some more secrets. 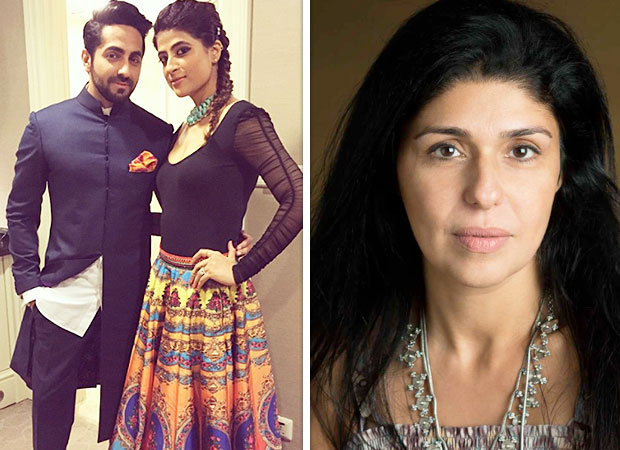 The web show, that will be aired on the web channel Voot, features a cozy and homely set-up wherein Anaita has some interesting details to talk about. Well, considering that the stylist has been a part of the industry for a while and shares a great rapport with some of the biggest celebs from B-town, it is indeed not surprising that she has some intriguing stories to share and talk about. Well, she had one such question to ask Ayushmann Khurrana that left the actor in shock!

Anaita Adajania Shroff questioned the Shubh Mangal Savdhan actor during the show if he made his then pregnant wife Tahira Kashyap watch him make-out with an actress on screen. Obviously it wasn’t a question he was expecting and it left Ayushmann Khurrana in shock. A glimpse of the same can be seen in the recently released trailer:

We wonder what the response would have been!

As for Ayushmann Khurrana, he will next be seen in Andha Dhun with Tabu, Radhika Apte and Amit Sharma’s Badhaai Ho alongside Sanya Malhotra.