Last Updated 06.06.2020 | 5:45 PM IST
feedback language
follow us on
Home » News » Bollywood Features News » Bollywood News AWW! Taimur Ali Khan is all smiles for his playdate and the internet is gushing over him!

It is an undisputed fact that Taimur Ali Khan has become a celebrity at such a young age. The son of Saif Ali Khan and Kareena Kapoor Khan has his own set of fans and has wooed his way to the hearts of many with his innocence. The infant yet again won hearts recently when he was spotted at his playdate and he was all smiles for the camera. 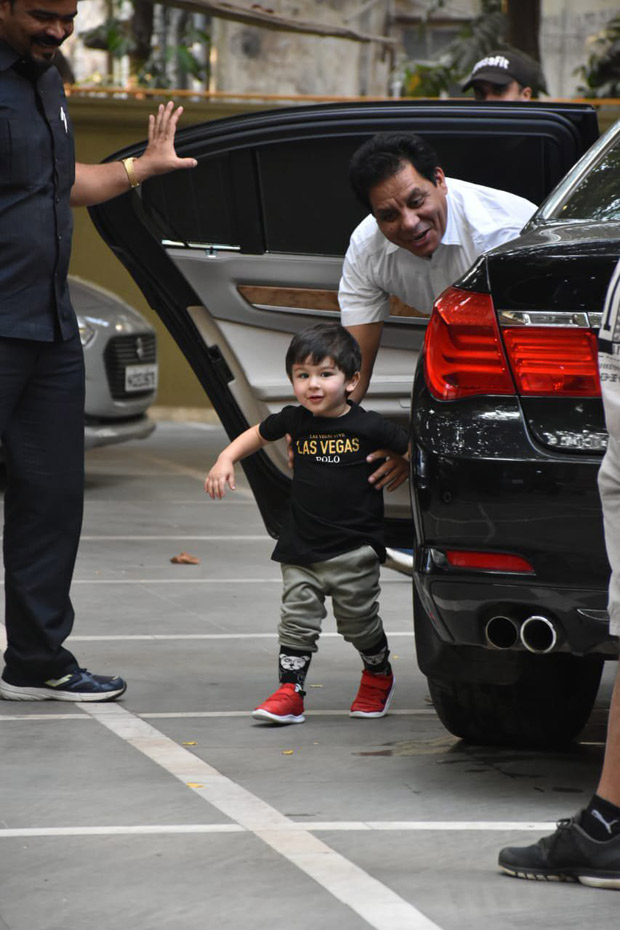 Well, by now we are sure of the fact that Taimur Ali Khan has become quite camera friendly. The adorable toddler even waves out to the cameramen who are often seen outside his residence. Now that he was out on a playdate, a few cameramen spotted him and the toddler too was visibily excited. Here is a glimpse of Taimur on a play date.

Although we are not aware of the details of the playdate, reports have it that he was all excited to play with a friend of his. Taimur was seen snapped in Bandra at his friend’s residence. Isn’t he just adorable!