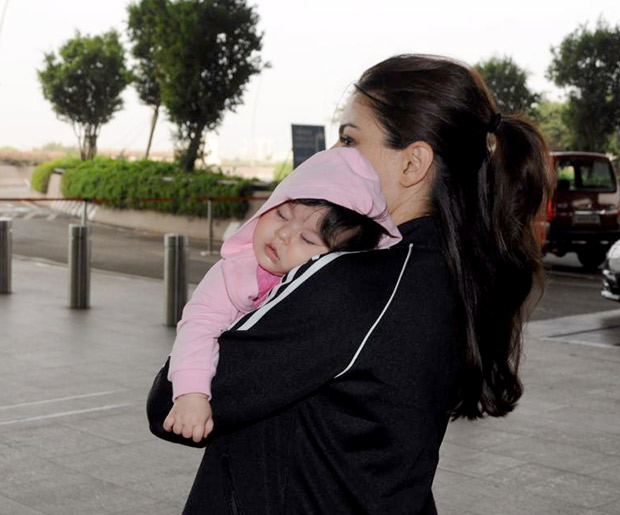 Soha Ali Khan and Kunal Kemmu recently welcomed their daughter Inaaya Naumi Khemu into the world during the auspicious day of Durga Puja in September 2017. Though glimpses of little Inaaya have found their way to social networking sites, it’s still quite interesting to see her pictures. She is not as popular as her cousin brother Taimur Ali Khan, darling son of Saif Ali Khan and Kareena Kapoor Khan, but yet, she has a small but dedicated fan following and it’s expected to grow in the days to come. 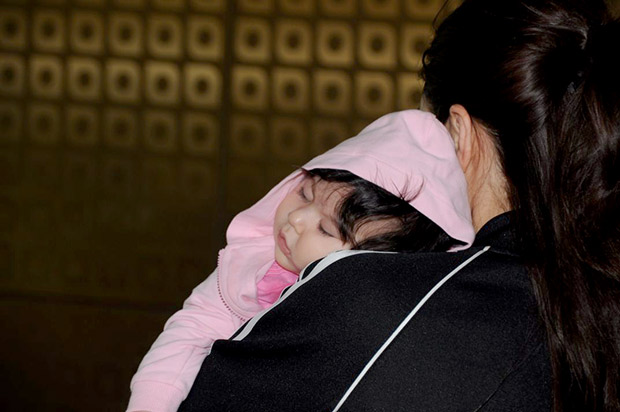 Today, we came across some interesting sets of pictures that shouldn’t be missed at any cost. It features Soha Ali Khan at Mumbai’s T2 airport she can be seen carrying Inaaya Naumi Khemu with her. The infant looks extremely cute as she is sleeping comfortably wearing pink coloured clothes. The photographer has also taken a close up of sleeping Inaaya and it’s so adorable and endearing that one can’t take her eyes off it! 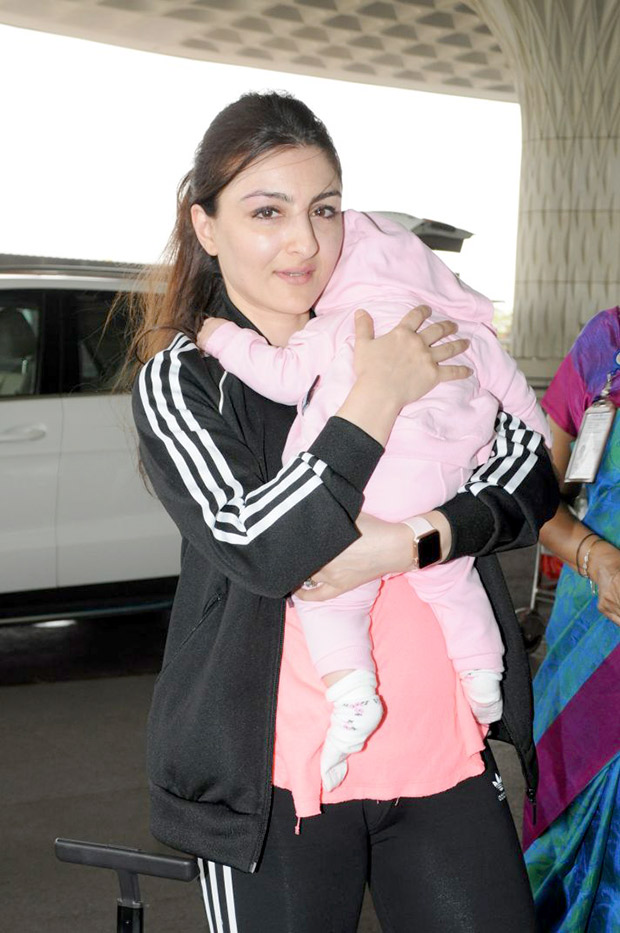 On the film front, Soha Ali Khan was last seen in the long-delayed film 31st October, co-starring Vir Das. In the same year, 2016, she essayed a supporting part in Sunny Deol-starrer Ghayal Once Again. Last year, she also announced that she and Kunal Kemmu have got into film production and are making a biopic on the reputed veteran Ram Jethmalani. This year, they faced a legal issue after a producer, Raj Khan, claimed that it was he who had rights to make a film on Ram Jethmalani. Ram Jethmalani’s son, senior advocate Mahesh Jethmalani, however rubbished these allegations and nothing much was known about this case after that. Besides, Soha has also completed shooting for Saheb Biwi Aur Gangster 3. Kunal Khemu, on the other hand, is basking in the success of Golmaal Again which has crossed 200 crore mark at the box office.