Avengers stars Chris Evans and Mark Ruffalo have reached out to a young boy named Bridger who saved his younger sister recently from a dog attack. An Instagram account made by Nikki Walker revealed that how the actors reached out to them after her nephew saved her niece."My nephew is a hero who saved his little sister from an attacking dog. He, himself, took on the attack so that the dog wouldn’t get his sister. He later said, ‘If someone was going to die, I thought it should be me.’” 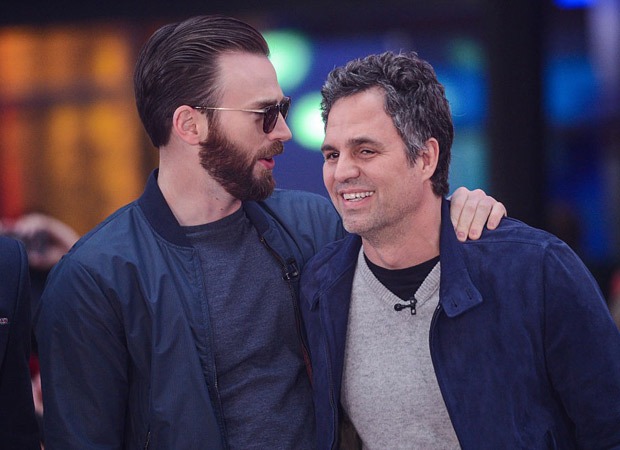 Mark Ruffalo was the first one to send a message, "Dear Bridger, I just read about what happened to you and I wanted to reach out to say this… People who put the well beings of others in front of themselves are the most heroic and thoughtful people I know,” he wrote. “I truly respect and admire your courage and your heart. Real courage isn’t dominating people or fighting against people or walking around like a tough guy. Real courage is knowing what is right to do and doing it even when it might end up hurting you somehow. You are more of a man than many, many I have seen or known. With Admiration…Mark Ruffalo (Bruce Banner/Hulk/Professor).”

Chris Evans took a step further with his message and even promised to send him Captain America shield. "I read your story. I saw what you did. I'm sure you've heard a lot of this over the last couple of days. But, let me be the next one to tell you, ‘Pal, you’re a hero,'" Evans said in the video. "What you did was so brave, so selfless, your sister is so lucky to have you as a big brother. Your parents must be so proud of you. I’m gonna track down your address and I’m gonna send you an authentic Captain America shield, because pal, you deserve it. Keep being the man you are, we need people like you. Hang in there, I know recovery might be tough. But, based on what I’ve seen, I don't think there's much that could slow you down."

There are no words. We are so, so thankful.

Anne Hathaway also sent a sweet message that read, "I'm not an Avenger, but I know a superhero when I see one. I can only hope I'm half as brave in my life as you are in yours, Bridger. Wishing you an easeful recovery, and many cool looking rocks."

I’m not an Avenger, but I know a superhero when I see one. I can only hope I’m half as brave in my life as you are in yours, Bridger. Wishing you an easeful recovery, and many cool looking rocks. ⁣ ⁣ Hey @markruffalo, do you need a teammate?? ⁣ ⁣⁣ Via @blackculturenews_ & @nicolenoelwalker