Marvel fans are eagerly waiting to watch one of the highly anticipated films of 2018, Avengers: Infinity War. The first trailer took the internet by storm with its all superhero super teaser. The action-packed trailer has left the fans wanting for more.

To increase the excitement amongst the fans, coveted magazine Entertainment Weekly released the new issue with 15 different covers. A double issue dedicated to Avengers: Infinity War features 22 heroes, 15 different cover, 6 infinity stones and one big bad villain at the center of it! – Along with some interesting new insight into the characters of the much awaited movie! 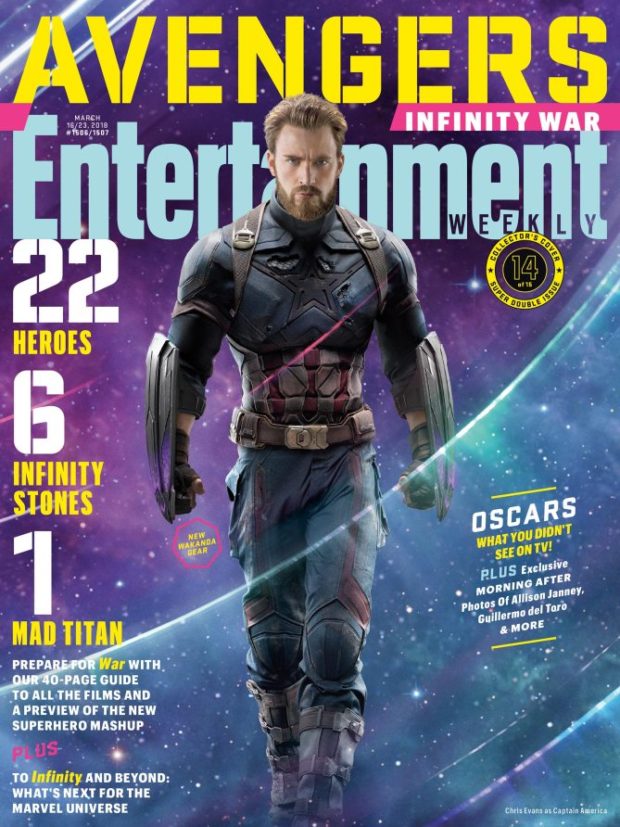 It's been a long road for Chris Evans' do-gooder. Now wearing Vibranium shield gauntlets given to him by Black Panther, his suit shows signs of the wear and tear from being a fugitive from the homeland he once fought to protect. 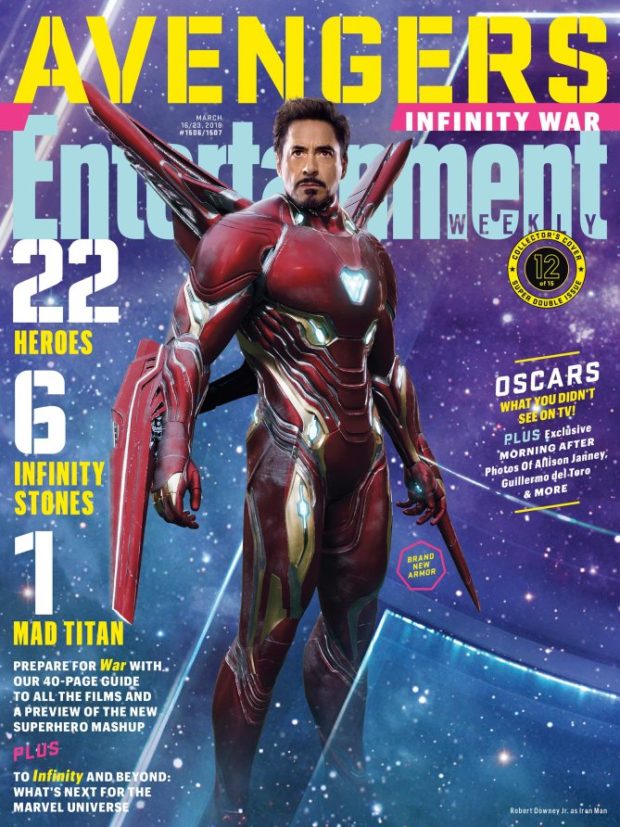 Robert Downey Jr.'s Tony Stark will fire up the Bleeding Edge armour, which emerges across his body from a new arc reactor and includes "wings" on the back and arms that serve as rocket boosters into deep space. 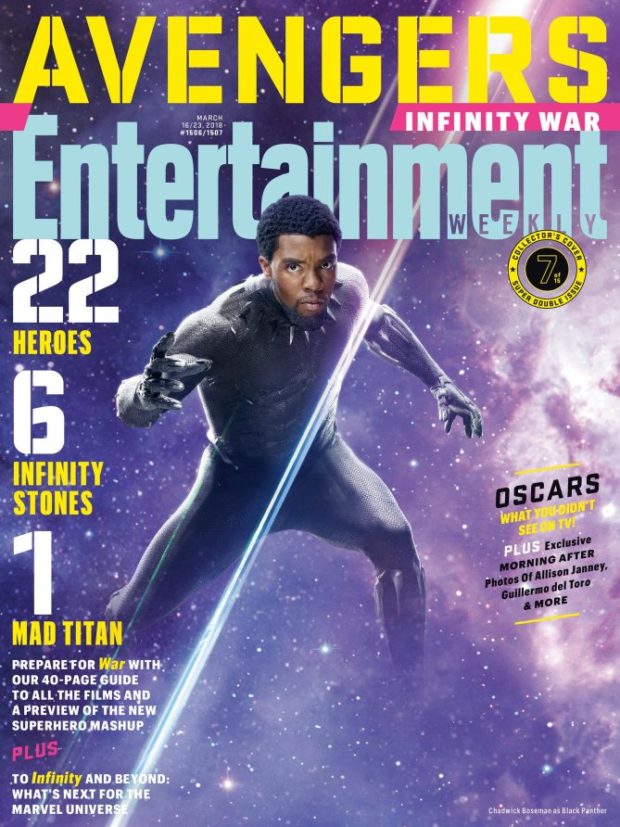 Chadwick Boseman's king has opened Wakanda to the rest of the world — now it will become the front line of a battle to save the universe. 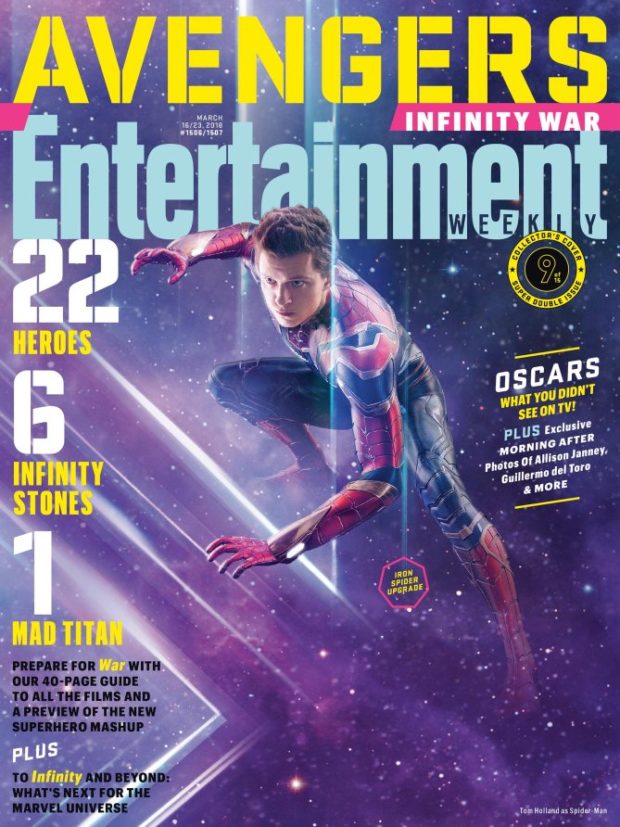 Tom Holland sports the golden Iron Spider armour offered to him by Tony Stark at the end of Homecoming. He's going to bring it back with some damage. 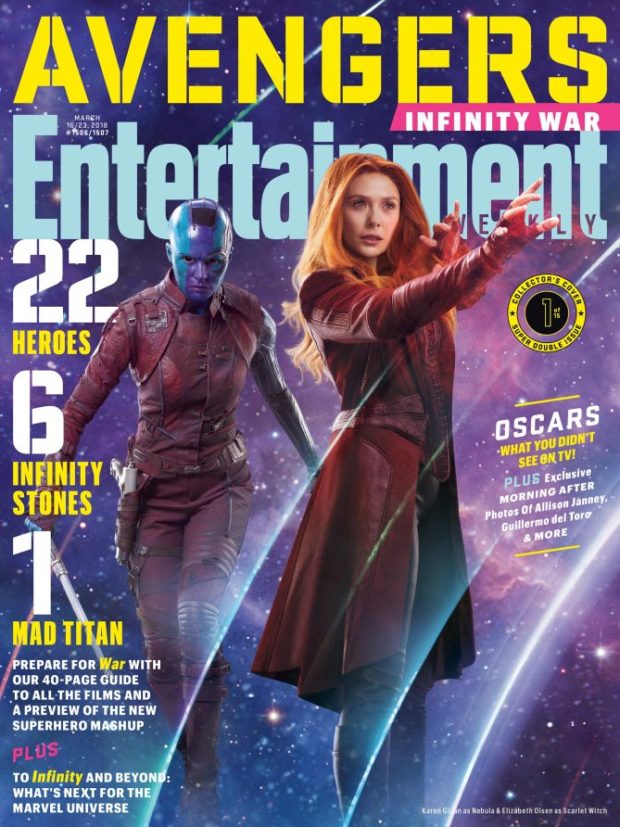 As played by Karen Gillan and Elizabeth Olsen, both are sisters who were shaped by powerful experiences with a beloved (or maybe not-so-beloved) sibling, and both found redemption after aligning with darker forces. 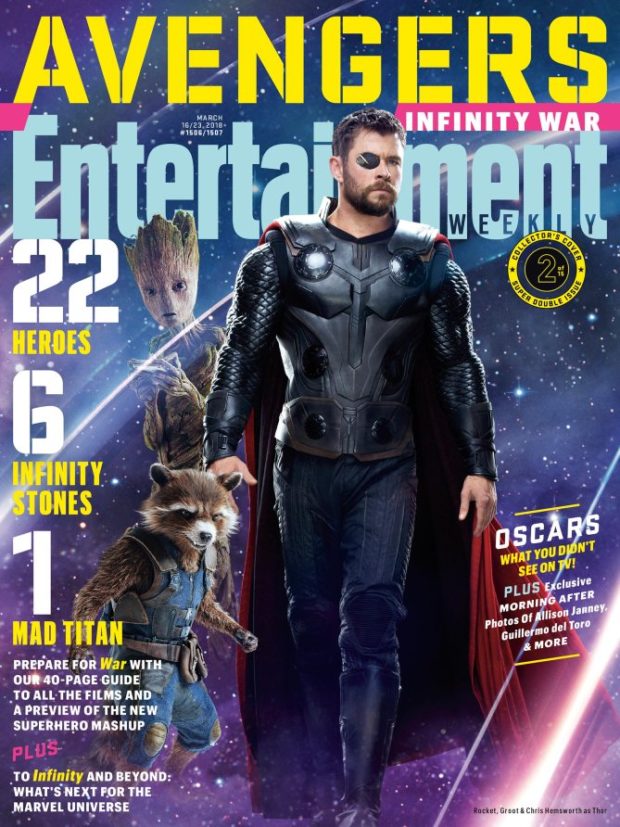 This trio played by Chris Hemsworth and the voices of Vin Diesel and Bradley Cooper team up for much of Infinity War, venturing through the galaxy on a mission to stop Thanos. 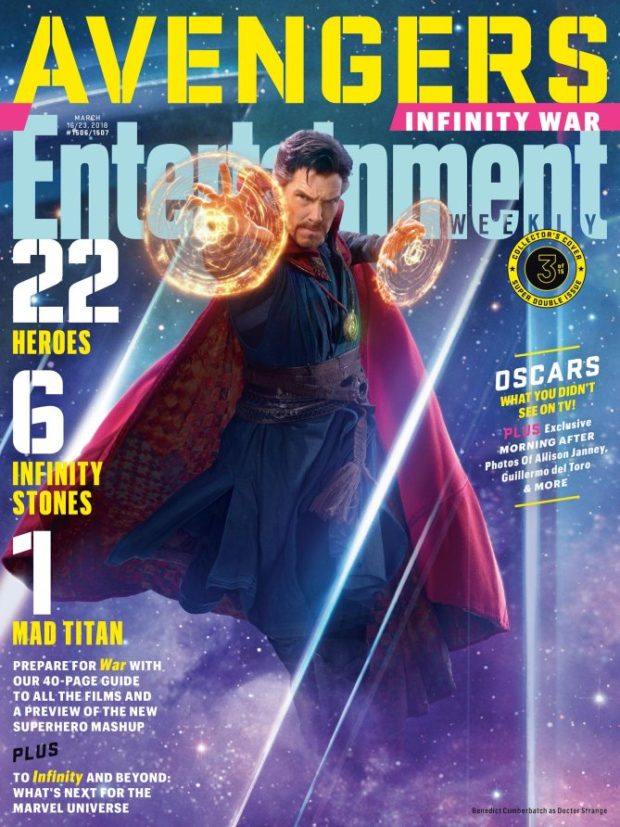 Benedict Cumberbatch's sorcerer supreme is in possession of the green Time Stone, which Thanos is going to need to relieve him of that to complete the Infinity Gauntlet. 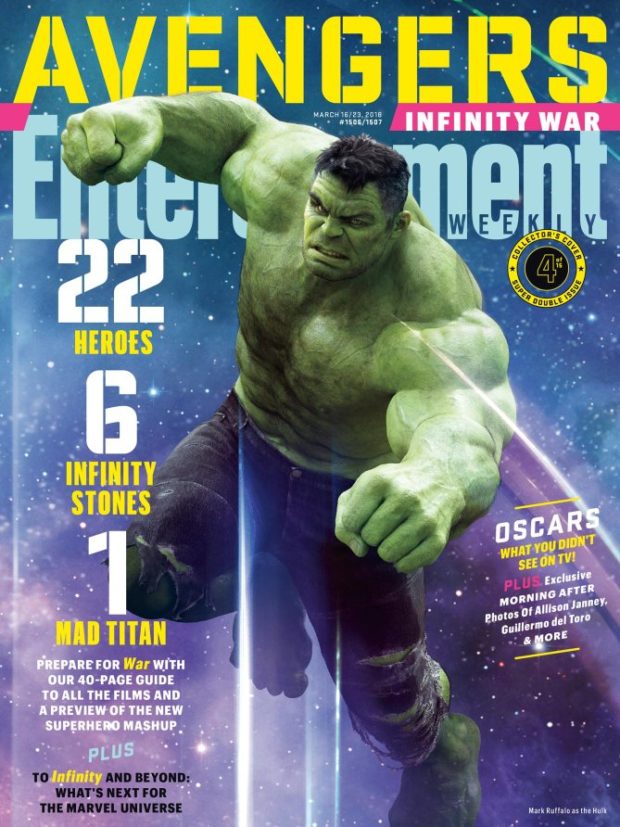 Mark Ruffalo's big green guy will return to Earth after his galactic time-out in Thor: Ragnarok. He arrives, fittingly, by smashing a hole in Doctor Strange's Sanctum Sanctorum. 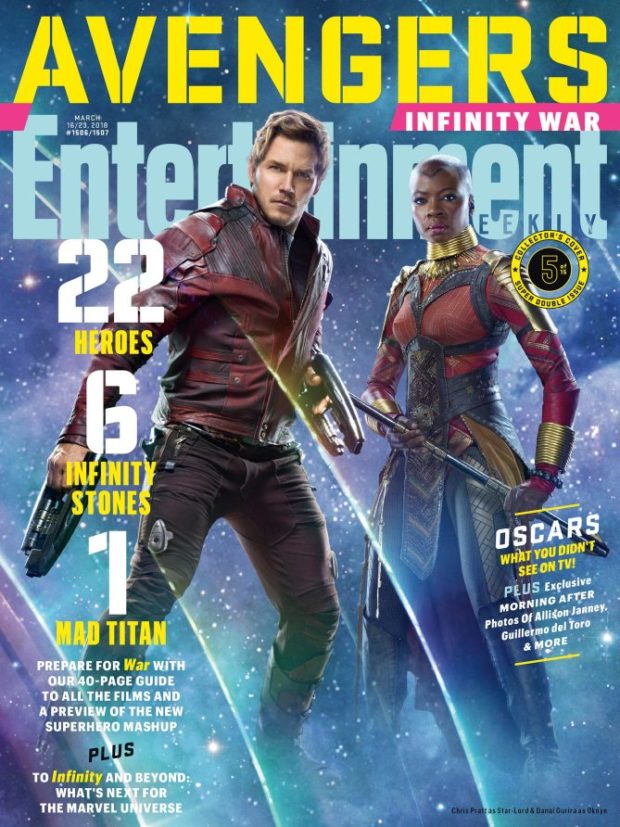 The Vision and Shuri: 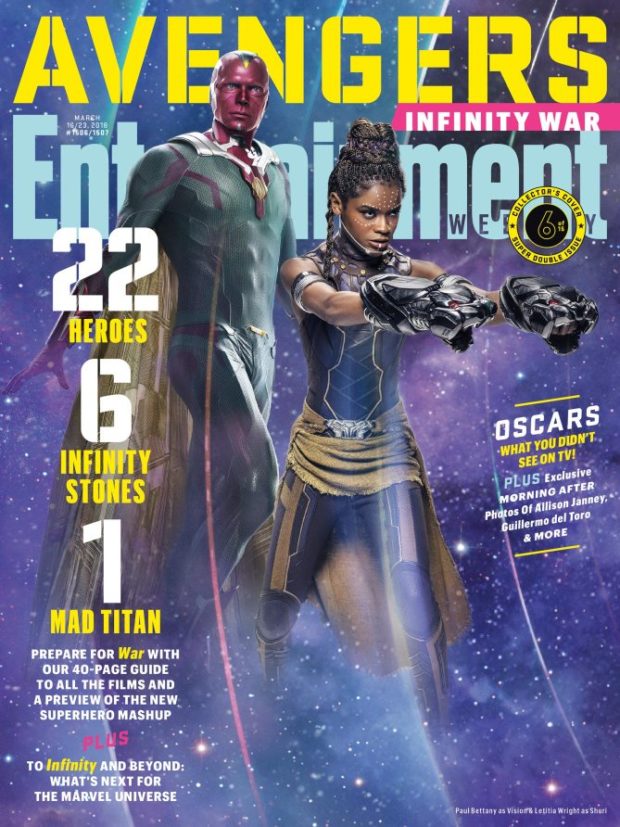 Letitia Wright's genius young Wakandan research and development chief would no doubt be fascinated by Paul Bettany's synthezoid, a living thing brought to life through magic, science, and Vibranium. 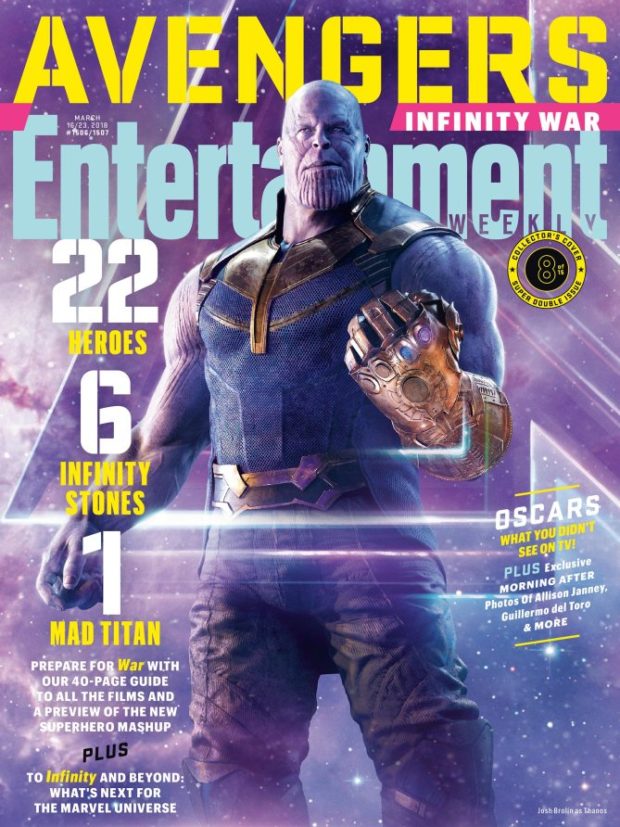 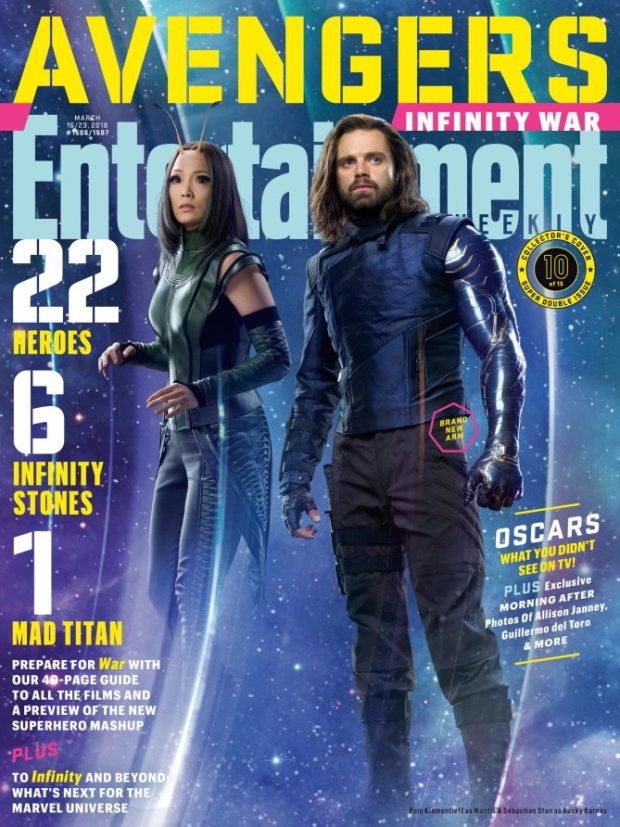 War Machine and Drax- the Destroyer: 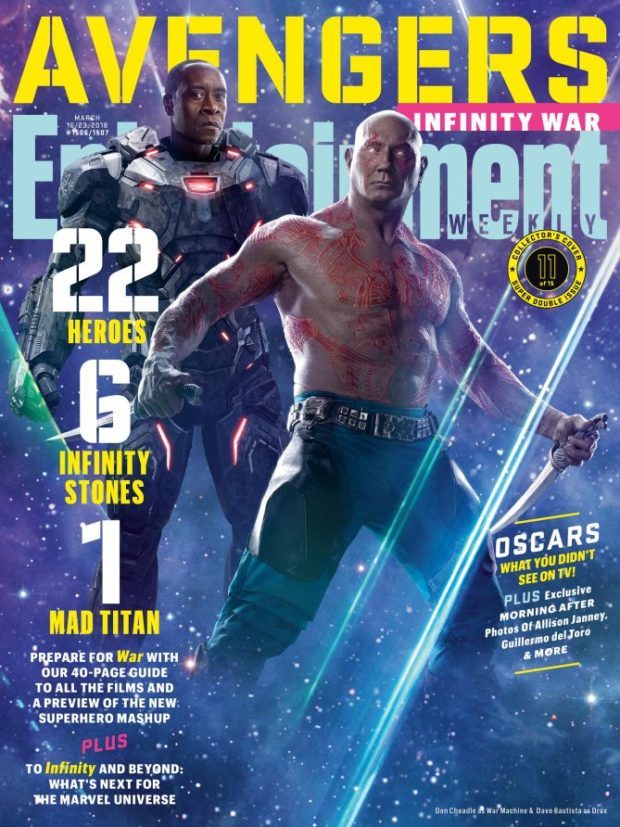 Don Cheadle's Col. James "Rhodey" Rhodes was paralyzed in Civil War, but he's back in the iron suit now — paired with Dave Bautista's Drax, another stoic type who has lived with loss. 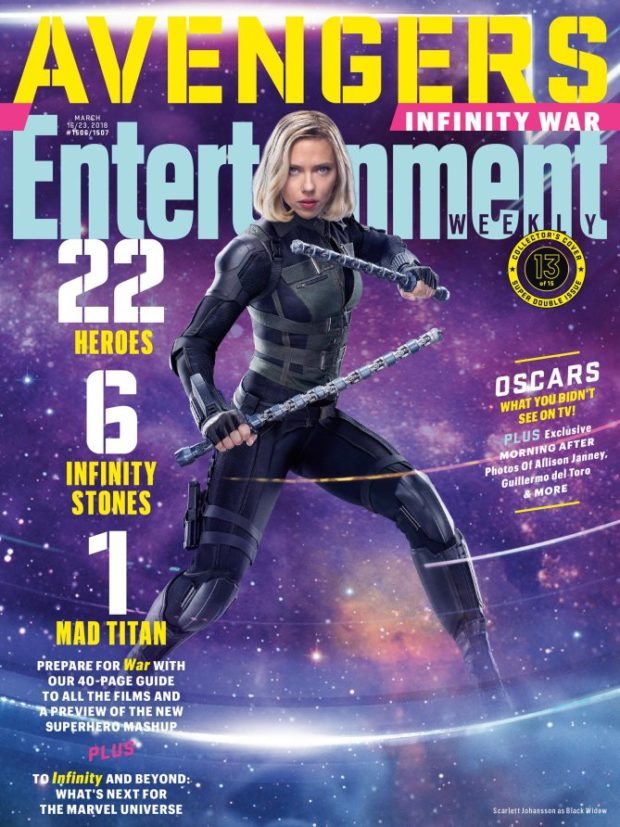 Her ledger is ... complicated. Still haunted by her past, her loyalties are no longer to a country or a cause, but to her friends. Scarlett Johansson's hero brandishes electrified batons that can be connected into one staff. 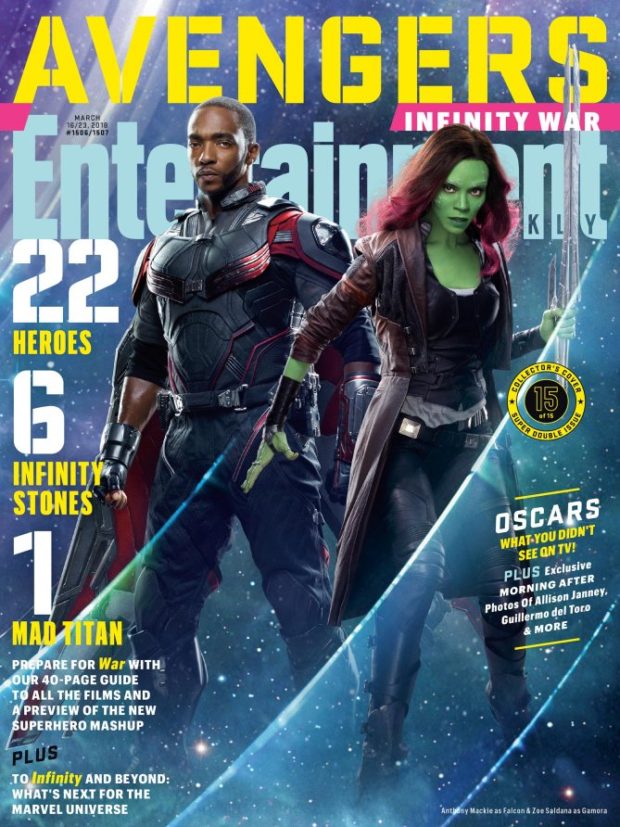 Anthony Mackie's aeronaut and Zoe Saldana's alien assassin have more in common than you'd think. Both were trained as soldiers from a young age, both are sceptical of newcomers, and both are now making their own choices about what to fight for.