Sara Ali Khan is busy with the shooting of Aanand L Rai’s directorial, Atrangi Re. The schedule began in Lucknow earlier this month. The film stars Dhanush in the lead role and Akshay Kumar in a special role. As the actors continue to shoot in Lucknow, a photo from the sets of the film has gone viral on social media. 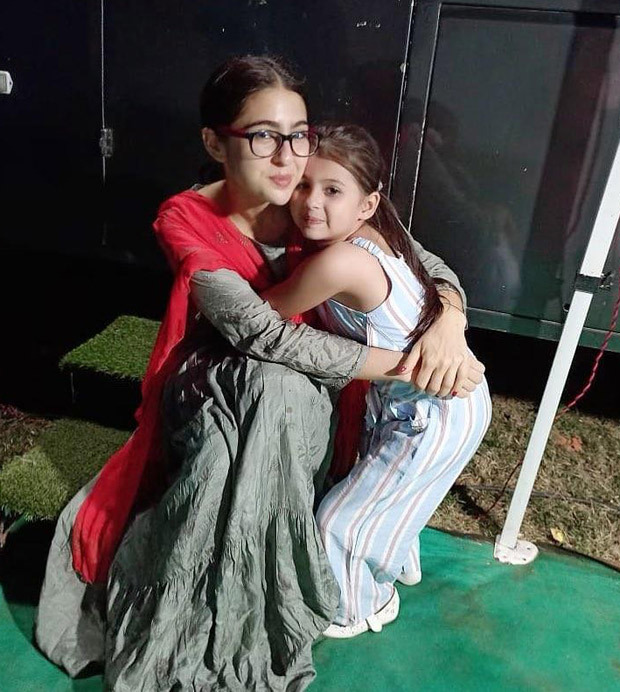 Child artiste Mannat Mishra shared a photo on her Instagram in which Sara Ali Khan can be seen hugging her. The actress is wearing an olive green dress with a red dupatta and black glasses in the adorable picture.

It has also been reported that Sara will have a double role of sorts and the idea is to showcase the diverse sides of her. It seems like just like Sara, Akshay and Dhanush's characters too will have special traits that are separating them from the rest of the cast. Meanwhile, the makers are designing a special look for Akshay Kumar.

They have a total of 80-90 days of the shoot that will commence in March and Akshay will join the crew mid-April after Sara and Dhanush complete Bihar and Madurai schedules. AR Rahman will compose music for the film.

Atrangi Re is scheduled for Valentine's Day 2021 release.