Athiya Shetty turned a year older recently and received birthday wishes from her family, boyfriend and friends from the industry. The actress also took to social media to give a glimpse of her birthday celebrations to her fans and followers. Athiya posted a series of photos of her posing with a pink birthday cake and also shared a funny caption about her feeling old on her Instagram. Besides that, her family as well as boyfriend KL Rahul also shared a special birthday post for the actress. 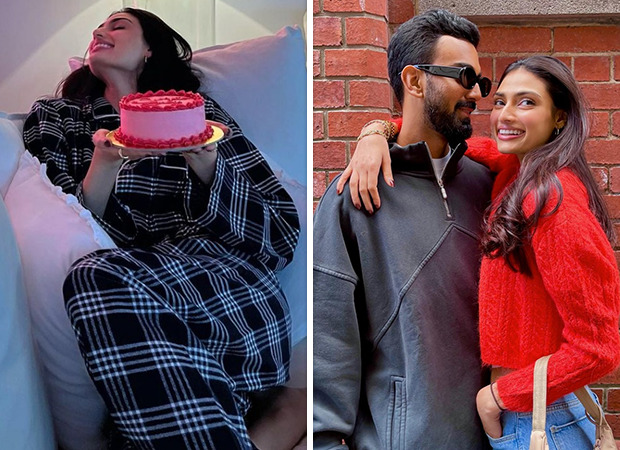 Taking to her official Instagram handle, Athiya Shetty shared photos of her posing in black chequered pyjamas along with a cake that read, ‘Scorpio Baby’ (based on her sun sign) saying, “Idk about you, but I’m feeling 82!!! ???????????????? Thank you for all the lovely wishes, truly feeling blessed ????????☀️” Followed by her post, the actress received birthday wish messages from many in the industry including Seema Sajdeh, Kalyani Priyadarshan, Shanaya Kapoor, Sonakshi Sinha, Sukriti Kakar, Anaita Shroff Adajania. Bestie Akanksha Ranjan Kapoor dropped a comment saying, “Obsessed with u”.

Meanwhile, Athiya Shetty also received cute birthday wishes from her boyfriend KL Rahul. The couple has been painting the town red with their lovey-dovey posts on social media and this time around sharing a series of photos of the two, Rahul captioned it saying, “Happy birthday to my ???? you make everything better ❤️” Athiya Shetty too responded to the post saying, “Love you”.

On the other hand, brother Ahaan Shetty had the perfect ‘sibling’ post for his sister Athiya. He wrote, “Happy birthday to a sister who has the best brother!! They say you get wiser with age, but that’s not the case with you @athiyashetty ????????⬆️⬇️⬅️➡️”