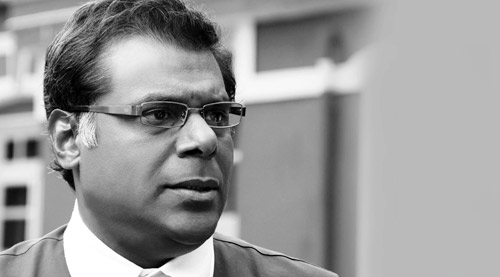 From Anil Kapoor's best friend to a comeback vehicle of the actress, this time around, the upcoming season of '24' has a lot of surprise in store for us. Previously, in the first installment, we saw some strong actors playing prominent roles in this thriller, which is a remake of the American series by the same name.

For the second installment, however, though a lot of actors will be retained like Tisca Chopra who plays the protagonist Jai Singh Rathod's (played by Anil Kapoor) wife, there are a few new faces from Bollywood who will be a part of this thriller series. While we are aware of Mandira Bedi's exit as the colleague of Anil Kapoor at the Anti-Terrorist Unit, it is being said that popular television actress Sakshi Tanwar has been roped in to play a member of ATU who will assist Jai in his next mission. Some Bollywood names like Tabu, Surveen Chawla have also been doing the rounds for the series. While Anil Kapoor recently expressed his wish to work with Tabu in this series, we hear that the award winning actress too will be a part of the '24' family.

Surveen Chawla, who made her debut with Hate Story 3, on the other hand, will have a glamorous role and is said to play the role of the antagonist's girlfriend. Rumours also suggest that Sikander Kher, son of Anupam Kher who too had a guest appearance in the first season, will play the villain, a drug lord named Haroon Sherchan in '24'.

Recently, famous actor Ashish Vidhyarti too announced about being a part of this series, produced by Anil Kapoor. He will be playing the main antagonist Roshan Sherchan, brother of Haroon whose release will be the demand of the drug lord and Jai's mission will be to protect his country from these powerful siblings. Yet another actress who is said to make a comeback with this series is Ritu Shivpuri. The 'Laal Duppate wali' girl has stayed away from the glamour world for about a decade and now, she will be seen in this series as a forensic consultant working along with ATU.