Netflix and Tiger Baby on Saturday announced the cast of their upcoming project, The Archies. Set in the 1960s, this musical drama is being directed by Zoya Akhtar and headlined by an exciting fresh ensemble.  The film will feature Mihir Ahuja, Dot, Khushi Kapoor, Suhana Khan, Yuvraj Menda, Agastya Nanda and Vedang Raina in key roles. 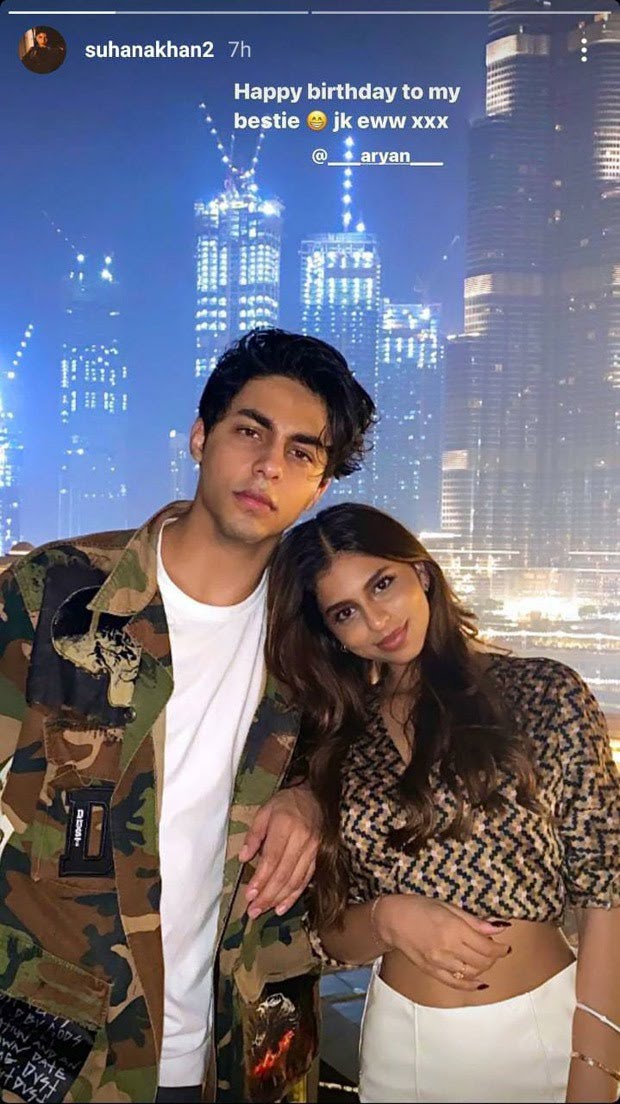 After the announcement, Aryan Khan took to his Instagram stories to wish his 'baby sister'. This marked his first post on social media since he received bail in drugs bust case last October. Sharing the poster of The Archies, Aryan wrote, “Best of luck baby sister! Go kick some ass. (The) teaser looks awesome everyone looks great. All of you will kill it." 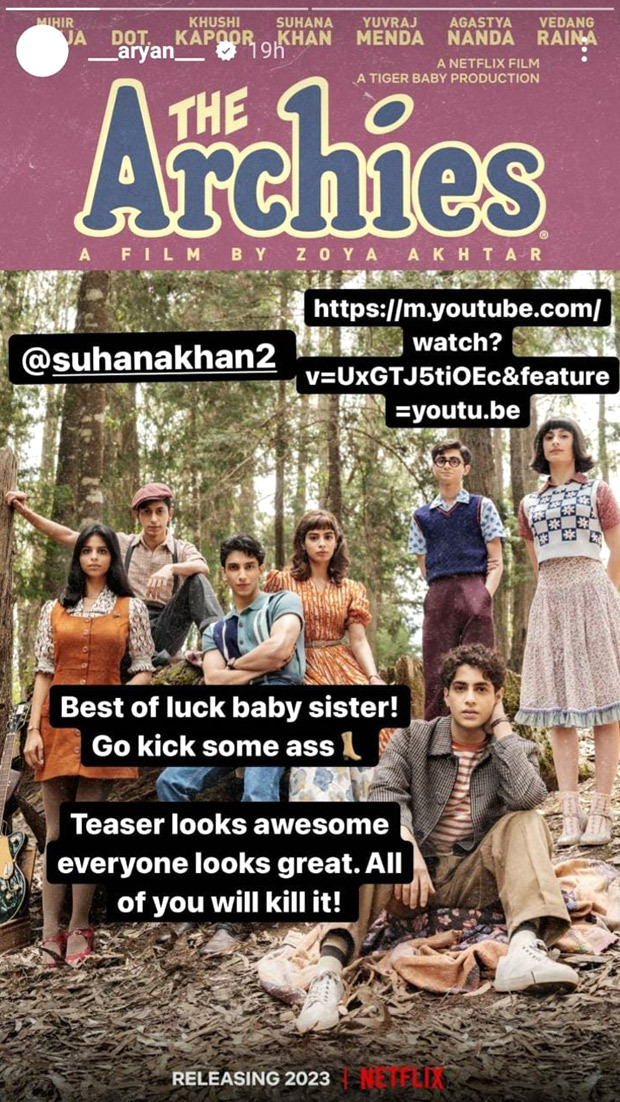 Shah Rukh Khan also took to social media to celebrate his daughter Suhana Khan's big acting debut as she takes his legacy forward. "Remember Suhana you are never going to be perfect... but being yourself is the closest to that. Be kind and giving as an actor... the brickbats and applause is not yours to keep... the part of you that gets left behind on screen will always belong to you... you have come a long way baby... but the road to people's heart is unending... stride forth and make as many smile as you can. Now let there be Light... Camera and Action!", Shah Rukh wrote.

Suhana was quick to respond on his post and said, "love you papa" with a red heart emoji. To which, SRK responded, "@suhanakhan2 missing being with you. Take a day off from work come and give me a hug and go back!!”

To this, Suhana said, “@iamsrk miss you more, no days off I’m a working actor now, just kidding on my way!!”

Meanwhile, Aryan Khan has been busy with the work on IPL 2022. He is also appearing at several matches supporting Kolkata Knight Riders which is co-owned by his father Shah Rukh Khan.

Also Read: Shah Rukh Khan asks Suhana Khan to take a day off from The Archies shoot to hug him; she responds 'love you papa'