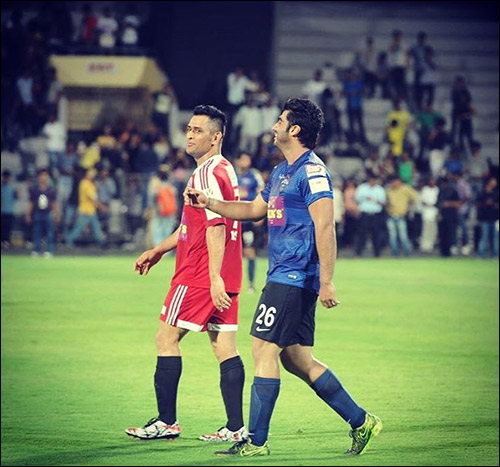 Both the teams had 'A' list celebrities from both, the Indian cricket team and as well as Bollywood. Arjun Kapoor, who represented Bollywood and played for Abhishek Bachchan's 'All Stars Football Club', had his 'fan boy' moment when he played opposite the Indian Cricket team's captain Mahendra Singh Dhoni. Recalling his 'fan boy' moment, Arjun Kapoor posted the adjoining photograph on his Instagram account and titled the same as "Fanboy moment on field with @mahi7781 I don't think I've smiled so much in a while...great game great cause great fun..."