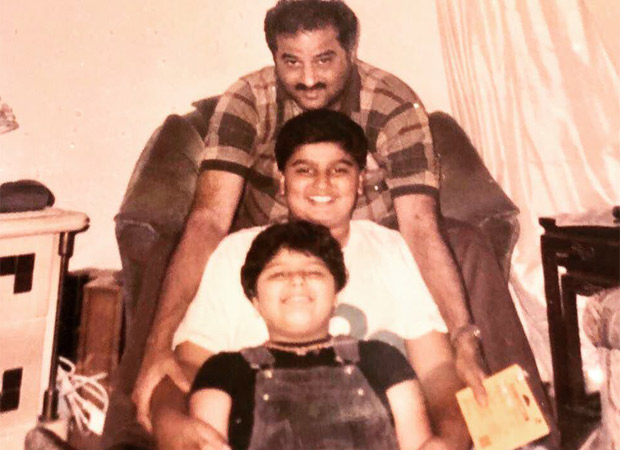 On Boney's 66th birthday, Arjun shared an old picture from his childhood days. In the picture, Arjun is seen posing in between his father Boney and sister Anshula. Sharing the picture, Arjun penned a note about his father's selfless nature. "Being selfless isn’t something one can be taught it’s an inbuilt machinery that exists among very few people, I happen to be the son of one of those people... I’ve seen & heard stories of dad going out of his way to help find solutions for others and forgetting to help himself & fulfilling his needs before all that... it’s not easy being selfless & surviving... Happy Birthday to a man who has not only survived but lived like a King thru it all.... love you Dad,” he wrote.

Meanwhile, Anshula shared a picture from the Diwali party hosted at Anil Kapoor's house a week back. The picture in which Bone is seen giving Anshula a peck on the cheek was clicked by Janhvi Kapoor. "HappyBirthdayDad'', she wrote.

Boney Kapoor has four kids. He had Arjun Kapoor and Anshula Kapoor from his first marriage to the late Mona Kapoor. He later became father to Janhvi and Khushi Kapoor, whom he had with late actress Sridevi.