Anushka Sharma and Virat Kohli are currently spending some quality time with each other. While Virat recently completed his stint at the IPL, Anushka too doesn’t seem to be in any hurry to take up any Bollywood project any time soon! The two of them are currently in Goa but not far away from the paps, we say! Of late, a photo of them chilling in the beachy state has gone viral on social media. 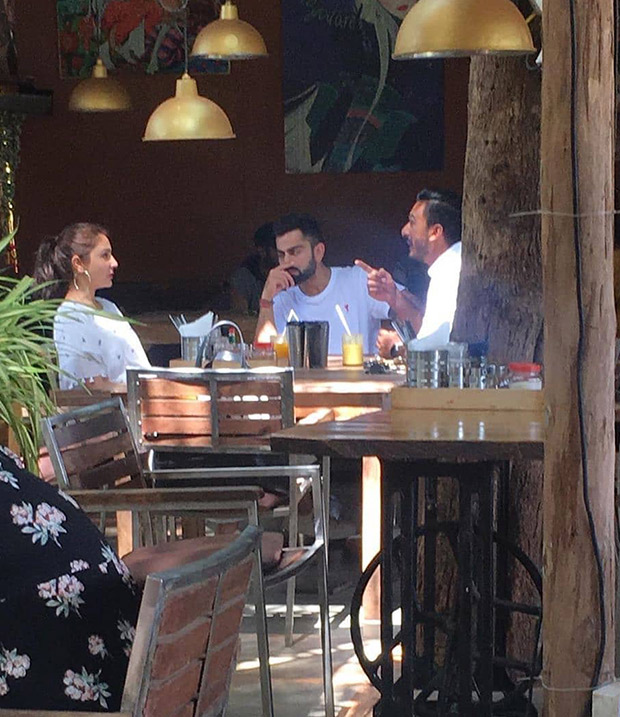 Virushka fans seem to be thrilled to catch glimpses of their favourite couple hanging out together. The recent photo of them doing the rounds features them having a rather deep conversation, going by their intense expression, at a restaurant. Many fanclubs of Anushka Sharma and Virat Kohli have been posting the same on many platforms including Instagram. Here’s a look:

Anushka Sharma and Virat Kohli had also gone on a trip abroad earlier this year and the actress had shared many pictures of the same on her Instagram page. However, the actress hasn’t posted anything about her Goa trip. It is yet to be seen if it is just another fun filled trip or was it a trip with a purpose, may be a photoshoot! Whatever it is, their Goa time recently came to an end as the actress is expected to have returned to the bay earlier today. The two of them were snapped at the Goa airport last night!