Last Updated 04.12.2022 | 8:58 PM IST
feedback language
follow us on
Bollywood Hungama » News » Bollywood Features News » Anushka Sharma shoots in rains as she shares a still from Chakda Xpress: ‘A story that needs to be told’

Anushka Sharma starrer Chakda Xpress is turning out to be one of the most exciting projects being made as each glimpse reveals that the makers are leaving no stone unturned to make a film that will touch the hearts of audiences. Today, Anushka took to social media to reveal a glimpse of Chakda Xpress, which is inspired by the life and times of women's cricket all-time greatest fast bowler Jhulan Goswami. 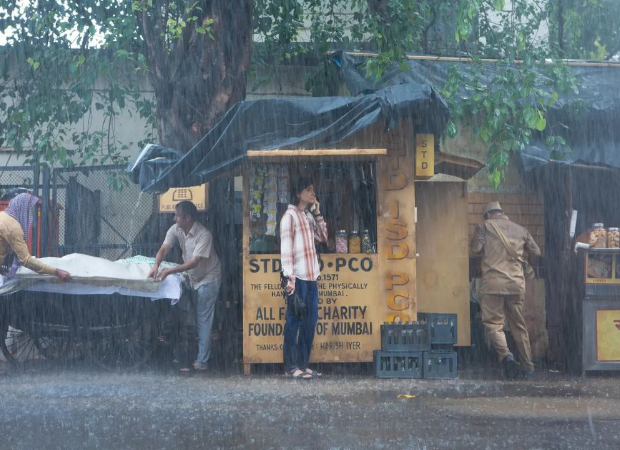 Anushka Sharma shoots in rains as she shares a still from Chakda Xpress: ‘A story that needs to be told’

In the image uploaded by her, Anushka is seen recreating a moment from Jhulan’s life. A thoughtful Anushka as Jhulan is seen making an important phone call while pouring rain beats down on everything around her! A gripping image that could highlight the tumultuous journey in cricket that Jhulan might have had before she achieved greatness like no other! Check out Anushka’s post here:

Anushka Sharma is neck deep in prep currently before she starts another schedule of the film. She returns to the movies after three years (given the pandemic and her maternity break) to headline Chakda Xpress, a film she feels had to be made. The hugely-mounted Netflix Film, which is tracing the glorious journey of one of the fastest female pacers in the history of world cricket, Jhulan, will showcase how the pacer moves up the ladder despite countless hindrances to fulfil her only dream: to play cricket.

Jhulan went on to captain the Indian women’s national cricket team and is a role model for aspiring cricketers in the country. In 2018, an Indian postage stamp was issued in her honour. Jhulan holds the world record for the highest number of wickets taken by a woman in an international career.

Anushka Sharma has started filming Chakda Xpress which will be shot in India and UK and is being produced by Clean Slate Filmz. The logline reads, "Sometimes the hardest thing a girl has to do is to allow herself to dream. But if she gives herself that permission then nothing and no one can stop her from becoming what she wants. Ask Jhulan Goswami. Who, against all odds, rose above misogyny, politics and a million discriminations, to become the highest wicket taker in the history of women’s cricket. And an inspiration to an entire generation of sportswomen."