Anushka Sharma, who is pregnant with her first child, is currently in UAE with husband Virat Kohli as the latter is leading Royal Challengers Bangalore in the ongoing Indian Premier League (IPL). A day ago, Indian Cricket Team Captain celebrated his birthday with Anushka and his RCB team members in Dubai. 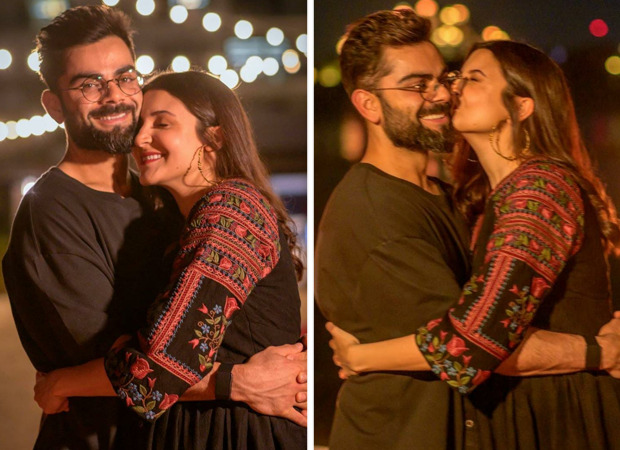 After the midnight celebrations, Anushka Sharma took to her social media to share two pictures with her husband. In one of the pictures, she is giving Virat a hug and in another one, she gave him a sweet kiss on his cheek. Dressed in Indian wear, both of them look so in love.

On the work front, Anushka Sharma was last seen in Aanand L Rai's Zero starring alongside Shah Rukh Khan and Katrina Kaif. She produced two projects this year - Pataal Lok for Amazon Prime Video and Bulbbul for Netflix. She has also signed Jhulan Goswami biopic. This is the first time she will essay the role of a cricketer.