Anushka Sharma, Virat Kohli, and their daughter Vamika have re-united. Anushka Sharma and Vamika were touring along with Virat since June for his cricket matches. A couple of weeks back she had returned to Mumbai with her daughter to attend to her professional commitments in the city. Anushka has once again headed to UAE to be with her cricketer husband. 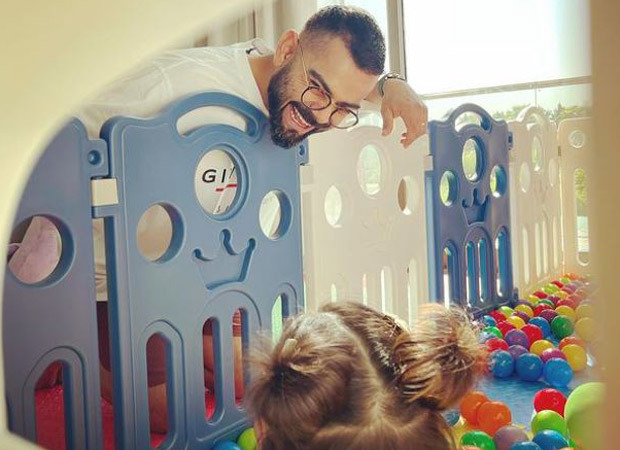 On Monday afternoon, Anushka shared an adorable and candid shot of Virat Kohli and their daughter Vamika. I the picture, Vamika can be seen sitting in her play area surrounded by colourful balls while looking at her father. Virat, on the other hand, is all smiles to spend time with his daughter.

Sharing the picture, Anushka wrote, "My whole heart in one frame".

A day ago, Anushka had shared a couple of pictures of Virat. Anushka and Vamika were quarantining after returning to Dubai and Virat was seen waving to them from the balcony nearby and from the hotel ground in another picture. “Couldn't choose between these two captions - Quarantine makes the heart fonder and Love in the time of bubble life #OhWell, you get the point!,” Anushka captioned the post.