Bollywood actor Anushka Sharma and Indian Cricket Team Virat Kohli’s daughter Vamika turned one earlier last week. The pair celebrated their first child's birthday in a low-key affair in Cape Town as Team India is currently playing cricket matches. On Sunday, January 23, it was the first time in one year when Vamika's face was unveiled on camera. Her face was shown on camera during the India vs South Africa match on Sunday as the Indian cricket team was seen playing the third One Day International against South Africa in Cape Town. 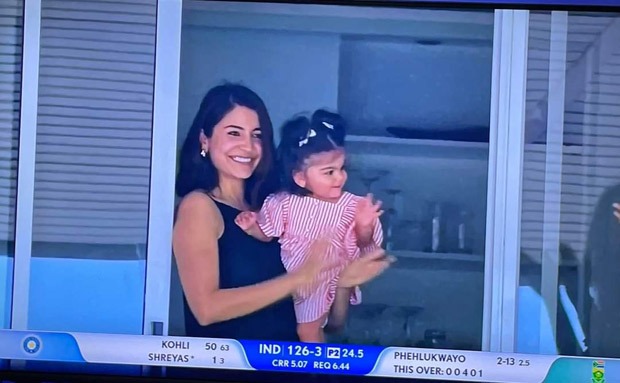 During the broadcast, as Virat Kohli celebrated his 50 runs, the camera was panned towards Anushka Sharma in the stands clapping for her husband while holding her daughter in her arms. It was ten seconds video but Vamika's face was visible who was seen smiling and clapping as well. Dressed in a pink frock with two ponytails, the cute baby girl's photos instantly went viral on social media. 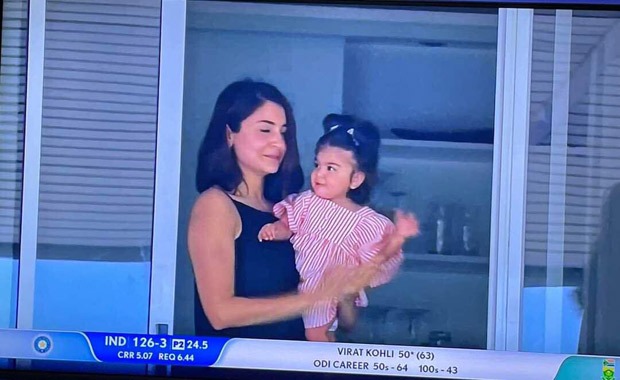 Some fans were delighted to see her meanwhile some criticized the broadcast for panning the camera on them when the couple has not publicly revealed their daughter's face on social media.

Anushka Sharma and Virat Kohli had previously requested the media to not reveal the identity of their daughter and urged paparazzi to refrain from taking her pictures.