Anek, jointly produced by Bhushan Kumar’s T-Series and Anubhav Sinha's Benaras Mediaworks is all set to release on 31st March 2022. When a filmmaker Anubhav Sinha’s mettle calls a film his toughest film to date, he naturally piques the curiosity of his fans. Sinha reunited with his Article 15 actor Ayushmann Khurrana and Thappad producer Bhushan Kumar to shoot a sharp, hard-hitting socio-political drama, Anek. The film reportedly delves deep into a subject that’s left untouched by filmmakers in the country. Amidst a string of announcements coming our way ever since the reopening of theatres in Maharashtra was announced earlier this month, the makers have locked on March 31, 2022, to release what is deemed Sinha’s most ambitious project to date. Sinha is known to have the knack for choosing stories with gravitas and Anek is no exception to his rich repertoire. Ayushmann, who is lovingly called the poster boy of content cinema in India, was instantly bowled over by Sinha’s cinematic vision with Anek. 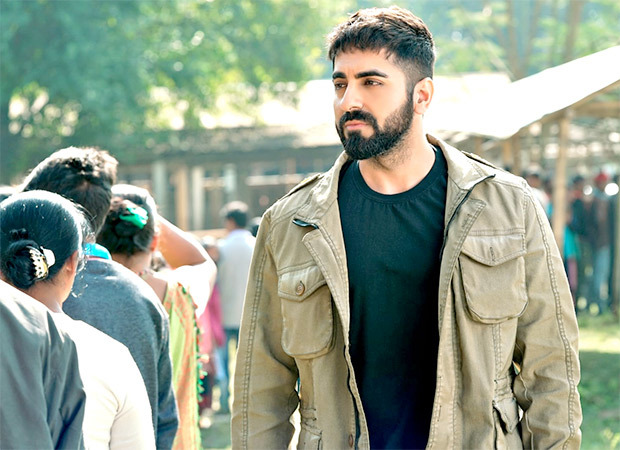 Amongst the biggest draws of the project, besides the potential of its promising subject, is that Anek is Sinha’s most expensive film to date. Mounted on a grand scale, Ayushmann will be playing the role of Joshua and was snapped through the shoot in a snazzy look. Touted to be a slick spy thriller, set against the geopolitical backdrop of Northeast India, the film's budget is estimated to be at a whopping number making it the costliest project ever to come out of Benaras Media Works, Sinha's home production banner.

Sinha found a solid support system in T-Series' Bhushan Kumar who stuck by him through the tumultuous journey of shooting the film amidst peak COVID times. The film was shot across the sprawling hills of Assam and Shillong, which lends to the narrative an authentic depth. Bhushan, apart from earning the reputation of being a creatively gifted and credible collaborator, has also established himself as a reliable producing partner who has a vision for his company, established by his father Gulshan Kumar. His penchant for backing strong, content-heavy, and unique stories has been evidenced in several of his choices in the recent past. Deciding to team up with Anubhav Sinha for Anek has added to his fast-growing repertoire of films that marry commerce with terrific content.

Talking about the release date, Sinha says, “It was a challenging film to write and a difficult one to make. We shot it in rough terrain but what makes it special is that the takeaway was so gratifying. It was a delight to work with Ayushmann again who with his depiction of Joshua breathed life into the story. I couldn't have asked for a more generous and supportive collaborator than Bhushan Kumar, who was by my side through it all. It’s a film that has our soul in it. I can’t wait to send it to the audience.”

Known to create a cataclysmic shift with every project of his, Sinha has created marvel with this one, says Bhushan Kumar. “It takes a true visionary to make a film like Anek. It’s a project I am incredibly proud to be a part of. Filmmaking is truly a celebration of diverse, spirited voices and I am glad we found a story like Anek to tell which will set a new benchmark.” Talking about Ayushmann Khurrana, he adds,“Ayushmann is the ideal choice to play the lead because of his unmatched acting calibre. With a National Award under his belt, he has also proved to be an immensely bankable star and we are thrilled that he is part of an ambitious project like Anek. In fact, I am delighted to team up once again with Anubhav and Ayushmann after our successful endeavours in the past. We are confident of the film we have made and can’t wait for the audience to savour it.”

On his part, Ayushmann Khurrana says, “It’s only once in a while that an actor comes across a story that makes him jump out of his comfort zone. While I have always backed novel stories, Anek pushed me to perform with a renewed zest. It’s the kind of script that drives a person to give it your all. I am so proud that we’ve made a film like this and even more fortunate that I got the chance to headline it. It’s the kind of new age cinema that I believe in and I am thankful to Anubhav Sir for choosing me to tell this special story and Bhushan Sir to be the support system we needed in our journey. Seeing our passion project go out to the world is so heartening."