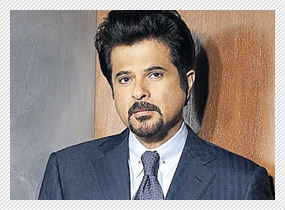 Breathe easy. The dreadfully boring days of Saas-Bahu conflicts on Indian soaps are mercifully over. Anil Kapoor's 24 knocks the bottom out of the Indian home entertainment racket to show us a world of classy production-values and mature performances (even by the teenager Sapna Pabbi, who plays Anil's daughter, who acts better than some of the over-blown hams of Hindi phillums) hitherto unknown to Indian television.

Move over, Bollywood. Indian television has matured. It is ironical that during the week when Hindi cinema touches the rock-bottom of creativity in Besharam, Anil Kapoor unleashed what is quite simply and incontestably a new level of television entertainment in India.

The first 2 episodes aired this weekend were instant show-stoppers. Like the show's agile energetic anti-terror hero, there is not an ounce of flab in the hour-long playing time of 24.

24 simply grabs your attention and refuses to let it go.

First things first. The production value seen on the show are of a caliber unknown to Indian television. Metropolitan night-life was never meant to be like this. Mumbai is caught in a feverish flourish of night-time bustle turning it into a city of pulsating activity as the serial kick-started with some of the coolest crispest fiction writing witnessed on the medium of tedium.

Rensil D'Silva and Bhavani Iyer's writing is topnotch. While retaining the looming suspense and the breakneck narrative speed of the original American series, the writers have created space for the very peculiar cultural compulsions of urban India where the householder must balance the demands of his posh job with family obligations. Milap Zaveri's dialogues capture the wry cynicism and the split-second immediacy of anti-terrorists working against the clock. But Zaveri doesn't slavishly copy the original dialogues from the American series. None of the 'Kya tum sach mein ho?' (Literal translation of "Are you for real?') incongruities.

Is this the same guy who scripted the smut spree in Grand Masti?

I can ask the same of Anil Kapoor whose range of performing abilities swing irreconcilably from the nudge-nudge-wink-wink innuendos of Race 2 on the 70mm screen to the mature panther-like agility of a family man coping with a national crisis in 24 on the portable screen. It's a dream role, and one into which Anil sinks his teeth with restrained relish. Nowhere does he over-do the bravura, even in that intrinsically cocky sequence where he injects Glucose into his insufferable senior pretending it would kill the boor in seconds.

Such writing would conventionally be considered wasted on television, a medium that has so far been treated as a lair for leftover talent from cinema. In one brilliant stroke, Anil Kapoor shows what can be achieved on that much-abused space in your living room.

24 is so larger than life, so full of anxious characters chasing the opposite of dreams (when do these people ever sleep!) that we watch them not only to gauge their commitment to doing what they are assigned to but to see where their unrelenting passion for out-witting fate takes them.

Game-changer? 24 certainly is that. And a lot more. It is to televised fiction what Kaun Banega Crorepati is to game shows (and what Bigg Boss is regrettably no more to reality television). What I really like is the Indianizations that have been teased into the tightly-wound plot simmering with the summer of desi discontent.

The political dynasty the Singhania parivar is an obvious take-home version of the Gandhis. And Neil Bhoopalam so far seen in cheesy roles on the big screen in No One Killed Jessica and David makes a very convincing Rahul Gandhi doppelganger.

The content is so riveting you wonder if all the brilliant writers are migrating to television leaving cinema to the besharams of the written word.

Trust me; it is going to take a lot of persuasive powers from filmmakers to drag viewers out of their homes on Friday and Saturday nights.