Last Updated 05.12.2022 | 11:19 PM IST
feedback language
follow us on
Bollywood Hungama » News » Bollywood Features News » Anil Kapoor opens up on the criticism he faced for not being a ‘Star’ on Arbaaz Khan’s Pinch Episode 9

The season of QuPlay's Pinch Season 2 is just going up and above. This week Anil Kapoor pour his heart out into the show and we got to know many things about the actor. Even after spanning a successful career over decades, Anil shared that initially he faced criticism for not having the charm of a star and he's just an actor. "I used to take that as a compliment, people used to compare me with Sanjeev Kumar, and I used to get happy with the fact that they are comparing me with the greatest actor of our country." 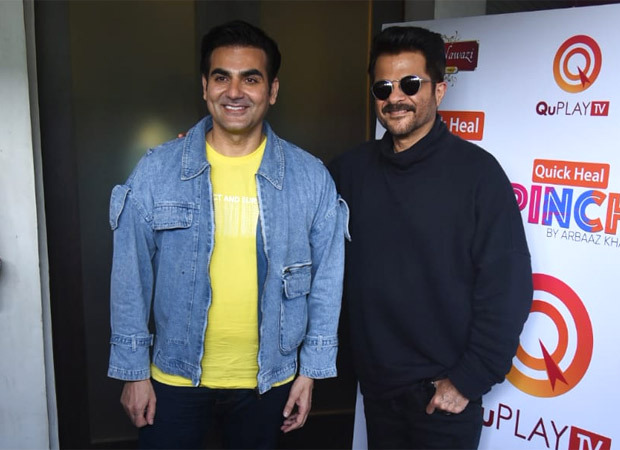 Kapoor continued, "At that time, people had a different perspective. My contemporaries debut films were much more successful than my debut film, even Mashaal didn't work well, but my work was appreciated, thus I used to get more work. There were people who used to tell me that I don't look like a star, so I used to tell them ki let me improve, where my presence is concerned or my physicality is concerned." Anil believes that there is always room for improvement and if he doesn't perform well then he's cheating with his audience.

During the conversation, Arbaaz asked Anil, two questions, one, when Salman Khan would get married, and another, the secret to Anil’s youth. The actor laughed and told Arbaaz that he would know the status of Salman Khan’s affairs better than him. To which, Arbaaz responded, “Thak gaye (We’re exhausted) yaar.” Anil answered, “He wouldn’t respond, so how can I?”

The enigmatic actor is known for being ageless, Anil finally decoded his secret of being young forever by saying, "Whatever you're doing in life, you have to enjoy it, and I've been fortunate enough. To be honest, God has been kind to me, in personal, professional, financial (matters). Also, you have to eat on time, sleep on time, and dedicate your body an hour in a day." Pinch airs weekly on Zee5.

Also Read: Anil Kapoor has the perfect response to his trollers who mock him for his body hair