Bollywood actor Anil Kapoor took the internet by storm with his pictures from the trip to Egypt with wife Sunita Kapoor and a few of his friends. While the internet is still going gaga over the couple’s photos, the actor has now dropped a photo dump featuring throwback images. Interestingly, the actor shared the unseen photos on the occasion of his brother and actor Sanjay Kapoor’s 60th birthday on Monday. 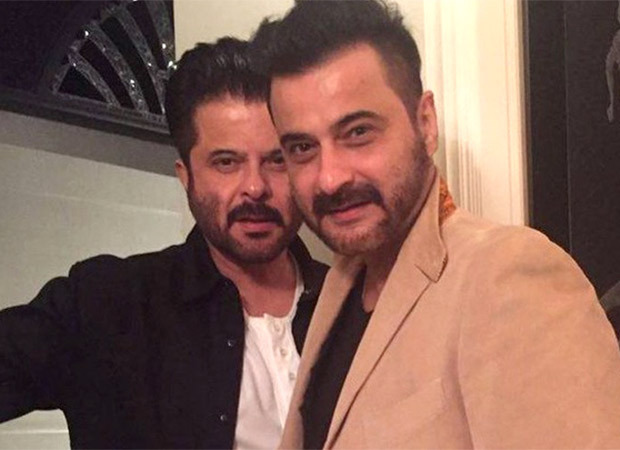 In the first photo, the Kapoor brothers, Anil, Sanjay and Boney, can be seen posing candidly. While the second photo seems to be captured on a Karwa Chauth as Sanjay has a sieve in his hand, the third photo is a BTS shot for the sets of a Sanjay Kapoor starrer. And, the last throwback photo frame sees Anil and Sanjay with Amitabh Bachchan, Juhi Chawla, and Pooja Bhatt.

Captioning the multiple-picture post, the Malang actor wrote, “Sanjay, I admire your spirit , humour, never die attitude , the way you look after and love our mother and your family.” To conclude his brief write-up, he further added, “I truly believe that 60 is just the beginning of even more wonderful decades for you, not just as a family man, but also as an artist / Happy 60th Birthday Sanjay! Love you,” along with a few red heart emoticons.

Reacting to the post, the birthday boy wrote, “Love you too,” in the comments section. Meanwhile, Sanjay’s wife and Fabulous Lives of Bollywood Wives star Maheep Kapoor also showered love on the post. On the other hand, fans also flooded the comments section with adorable birthday wishes for Sanjay.

Interestingly, this year Sanjay completed 32 years in the film industry. He marked his debut alongside Tabu with Satish Kaushik’s Prem. He was last seen in the Voot Select series The Gone Game.

The team of Bollywood Hungama wishes a very happy birthday to Sanjay Kapoor!