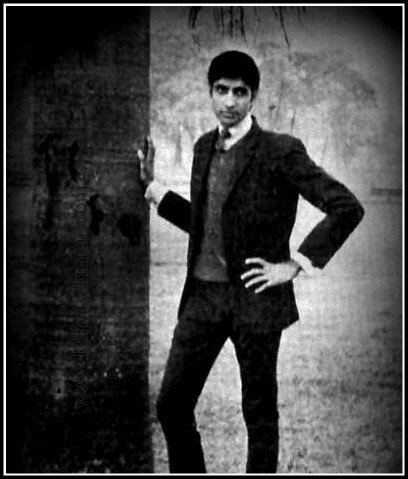 Fans of the megastar Amitabh Bachchan are aware that the actor did not have it all easy in Bollywood. Dabbling with supporting and antagonist roles, Amitabh Bachchan weaved his own path to fame but the superstar has never denied the fact that he was also removed from several projects owing to his unconventional looks. And recently, Amitabh took to Facebook to share one of those experiences where he was rejected.


Amitabh Bachchan, who is active on social media, tweeted an image from his days as a struggling actor and satirically mentioned that he was rejected by Filmfare Madhuri Talent Contest. He said, "This the picture I sent to Filmfare Madhuri Contest to join films .. is it any wonder they rejected me !!"


Amitabh started his acting career as one of the seven protagonists in Saat Hindustani and continued to play supporting role in Anand and an antagonist in Parwana. His stardom started off with Prakash Mehra's Zanjeer and there has been no looking back. The actor won several awards including Filmfare this year for his role in the Deepika Padukone starrer Piku.