Amitabh Bachchan and Rishi Kapoor shared a beautiful friendship for the last few decades and have worked together in some of the best movies including the classic, Amar Akbar Anthony. Rishi Kapoor’s death came as a shock to everyone in the industry including the Bachchans. Abhishek Bachchan stood by the Kapoors like a pillar during the last rites and even though it has been over a month since his demise, it still hasn’t sunk in. 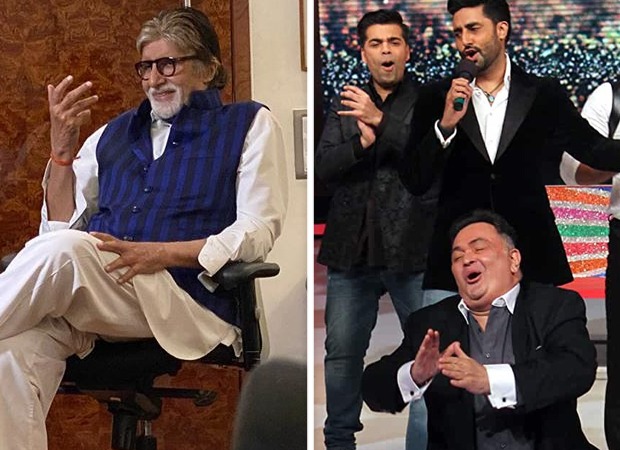 Amitabh Bachchan took to his Instagram to share a candid picture of Rishi Kapoor lip-syncing in his element with Abhishek Bachchan joining him. Recalling the good old days, Amitabh Bachchan captioned the picture as, “No one but no one could lip sync a song as perfectly as Rishi Kapoor .. just look at the passion in his expression .. !! Even at this age and at an event the genuineness .. simply unbeatable ????????????????????”